At least 50 American Samoa residents and families stranded in Utah 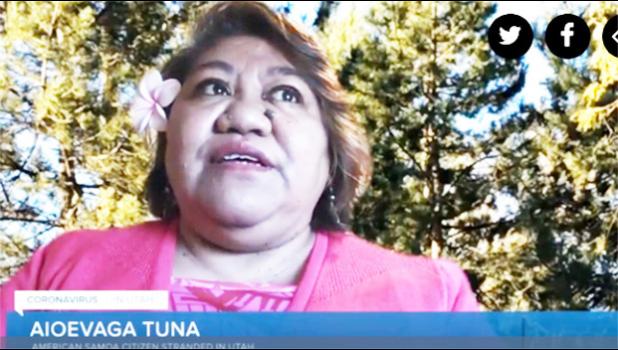 Salt Lake City, UTAH — At least 600 citizens of American Samoa are stranded in the United States, including 50 families in Utah, after their government shut down the border in March to protect its people from the coronavirus.

With no word from the government, they worry they won’t see their families and homeland anytime soon.

A member of the Samoa News family, Aioevaga Tuna has been living with family members in Bountiful.

“I made an emergency trip last December because my youngest daughter, she’s 21, ended up in the hospital," Tuna in an interview with Salt Lake City TV Fix 13.

Tuna planned on staying for three months. Then the pandemic hit in March and she hasn’t been home since.

She’s not alone. American Samoa citizens who left the island for the states for medical reasons or family functions are stranded thousands of miles from their families.

“I have a young mother who lives in Provo who came here because of her medical situation. She had her two beautiful twins. She’s here, her husband is back home,” said Tuna. “The mental exhaustion is taking a toll on a lot of our young parents who are away from their young children, the elderly. It is just enough to just crush a person."

Tuna is part of Tagata Tutū Faatasi Alliance of American Samoa – a group of citizens pleading with the government to allow flights in and out of the U.S. territory. With no flights on the horizon, the Alliance has set up a GoFundMe account to help pay for legal costs in their fight to return to American Samoa.