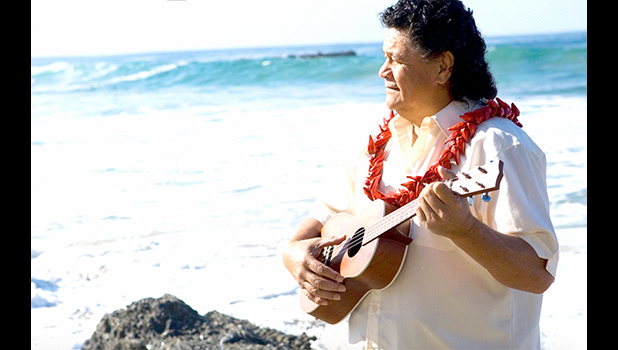 Anaheim, CALIFORNIA — As part of a tribute album to his father — the Samoan folk-pop artist Jerome Grey — Loa Greyson (a.k.a. Tini Grey) is releasing a remake of his dad's original song Eleni.

The 1980 song is about all the different ways the people of Samoa cooked a tin of mackerel  — one of the few affordable food items available at that time — but it also became a well-known protest song throughout the country for its lyrics about the country's politicians living very comfortable lives while the majority of the people were very poor.

The song was revolutionary because of its lyrics, but the recording production was unprecedented. There was nothing like it at the time — it was a new sound for Samoan music with its fusion of pop, jazz, and funk. The song resonated with the people and became an instant radio hit.

During his earliest years Greyson's family lived in Samoa, followed by a move to Hawai'i. During his time in Hawai'i he was a member of the popular Polynesian R&B group Reign, with Kale Chang, Loa Faimealelei, Afatia Thompson, and Kuhio Yim.

Now living in California, while raising his family of five kids with wife Angela Baraquio Grey (Miss America 2001) Greyson was motivated to continue his father’s legacy following the elder Grey’s stroke during a stage performance in 2007. He embarked on a solo music career releasing albums, EPs, and singles, making television appearances and videos, and traveling to perform at venues nationwide.

Loa Greyson, son of the Samoan folk-pop artist Jerome Grey is preparing a musical tribute to his father, releasing a remake of his dad’s original song Eleni. [photo provided]

In recent years Greyson also performed occasionally with his dad, but in August 2019, the elder Grey suffered another stroke. This, following the loss of Greyson's mother in March 2019, created a sense of urgency to complete a tribute album that Greyson had begun working on after his mom passed – something he'd hoped would reintroduce his dad's music to a younger generation and continue his legacy, but also help raise his dad's spirits and let him know that his music would not be forgotten.

The album will contain over 20 of Jerome Grey's original songs, including "We Are Samoa", arguably Grey's most well-known song and one which is now considered the unofficial national anthem of Samoa.

The single will be available on Spotify, iTunes and other digital platforms including TikTok.