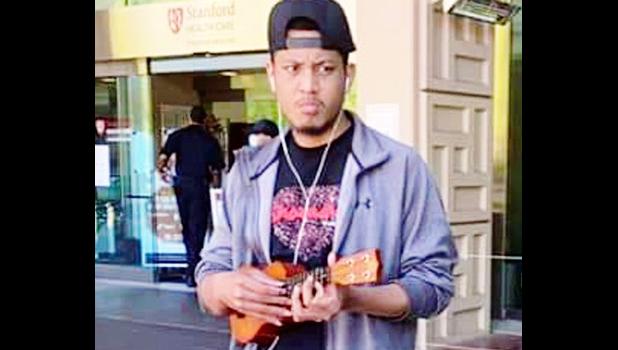 Pago Pago, AMERICAN SAMOA — “Cancer is a thief” is the heading of a memorial posted on the Manuatele Community Worldwide Facebook page after the passing of Letini "Ricky" Fala Mauga who succumbed after a long battle with the disease.

Mauga and his younger sister Fa'avela traveled to California early last month with the hope that a bone marrow transplant would heal the leukemia that was sapping his strength and his life.

Fa'avela was a perfect bone marrow match for her brother.

The young siblings, both alums of Manu'a High School, are from Siufaga, Ta'u. Just a few years ago Letini was happy and fishing and swimming and living carefree; until he became very sick and sought treatment in Hawaii in April 2019 where he began treatment. The task of bringing sister Fa’avela to Hawaii to go on to California for the transplant was made more difficult because by early May American Samoa’s borders were closed and flights were restricted

Dr. Gary Okamoto, the chief medical officer at AlohaCare worked furiously to figure out a way to bring Vela to Hawaii from American Samoa and reunite her with her brother.

Over this past weekend, Manuatele Community posted, “Letini "Ricky" Fala Mauga was a warrior. And the weaker he got as his body got frail and his hair gone, the stronger his spirit got and his faith in God. He is no longer fighting with weapons of medicine to heal him; he has left this world to be with the Lord. "Amuia e ua oti, oti o i le Ali'i" - Amuia e o fa'anoanoa, aua e fa'amafanafanaina e le Ali'i.”

Letini's favorite song he loved singing for everyone with his ukulele was OU TE LE POPOLE and the Facebook page includes a video of him playing and singing from inside his hospital room.

“Inside his hospital room he sang for all his prayer warriors and everyone he loved who could not physically be with him due to Coronavirus hospital restrictions. He also sang this song for his Mother on one of their video chats. When words failed, the song and singing calmed Letini and strengthened his parents and siblings.”

Letini Ricky Fala Mauga pictured in his Stanford Medical Center hospital room playing and singing OU TE LE POPOLE. He also sang this song for his Mother on one of their video chats. When words failed, the song and singing calmed Letini and strengthened his parents and siblings. News of his passing was posted on Manuatele Community Facebook page over the weekend. [screenshot from video posted on Manuatele Community Facebook]

Manu'atele Community Worldwide sent deepest sympathies and prayers to Letini's Family in Ta'u, Manu'a who could not be with him due to travel restrictions. “We especially send our love and support to his brave loving sisters Nesa & Fa'avela Mauga for taking care of their brother. Wishing you peace and courage to face the days ahead. Ia saga faalototeleina pea outou e le mana faamafanafana o le Atua.”

Samoa News joins in the condolences to a brave family who lost their courageous son and brother.