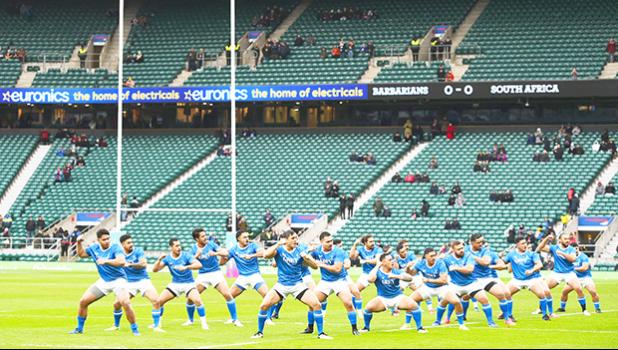 The rugby clash between Manu Samoa and the Barbarians at Twickenham, England was axed 90 minutes before its scheduled kick-off as four Barbarians and two members of that team’s staff tested positive. But that didn't stop the Manu Samoa from belting out their national anthem before performing their Siva Tau in what proved to be a very emotional scene at the ground before a nearly empty stadium. [Manu Samoa Official Facebook page]