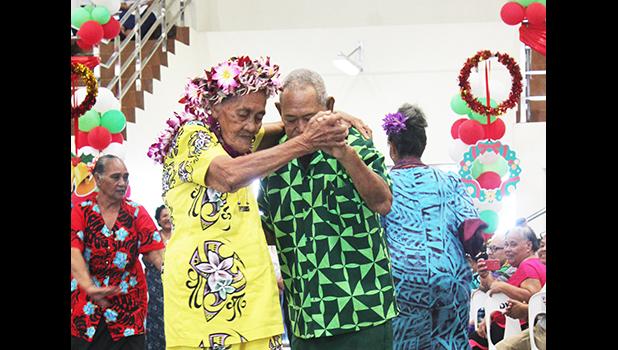 Pago Pago, AMERICAN SAMOA —  The territory’s seniors got their groove on during the Territorial Administration on Aging (TAOA) Christmas Party held in their honor on Friday, Dec. 2, 2022 at the DYWA Center in Tafuna.

Governor Lemanu P. S Mauga and First Lady Mrs. Ella Mauga, Lt. Gov. Talauega E. V Ale and Mrs. Marion McGuire Ale attended along with Cabinet members — and all of them served food to the seniors during the well-attended event.

Both the Governor and Lt. Gov. gave remarks and thanked the territory’s seniors for their guidance and wisdom and wished them a safe holiday season. Ten seniors were recognized as the eldest seniors in the territory — those ages 85 up to 92 years old. There was lots of food, dancing, great company and heaps of gifts!