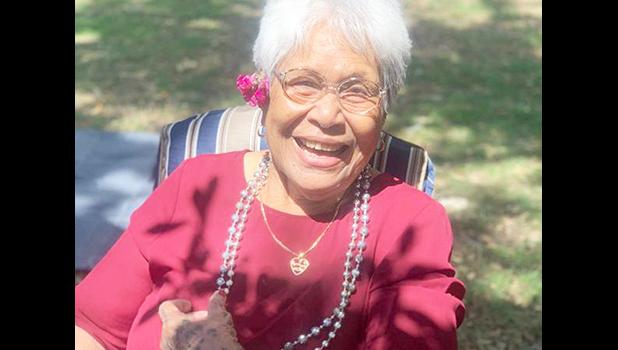 Auckland, NEW ZEALAND — The woman found killed at her home in suburban Auckland was a treasured grandmother who leaves behind a devastated twin, her family says.

A family member said Maria Brown "helped so many people" and had funded the education of many children.

The 77-year-old Maria Brown was found dead at her home in Onehunga's Moana Ave on Sunday morning after phone calls from a family member went unanswered.

After the post-mortem examination, police can now confirm the death is being treated as a homicide investigation," Detective Inspector Scott Beard said.

"A police presence remains at the address however we would like to reassure the community this is believed to be an isolated incident and we are following good lines of inquiry."

Brown was 77 and she leaves a twin sister in American Samoa.

Police have now identified a 'person of inerest'.

The next door house has also been taped off by police. The house is empty and police had no update about whether the house was also the focus of the investigation.

A neighbour described often seeing the woman sitting in the house’s porch in the sun.

“She was a lovely lady.”

Brown’s family have set up a Givealittle in order to take her body to Samoa for burial.

According to the Givealittle page, Brown has been in New Zealand since 1995 and lived in Onehunga the whole time.

She is described as a selfless person who would do the utmost for anyone in need.

The family’s plan is to hold two funeral services for her – one in NZ and one in Samoa.