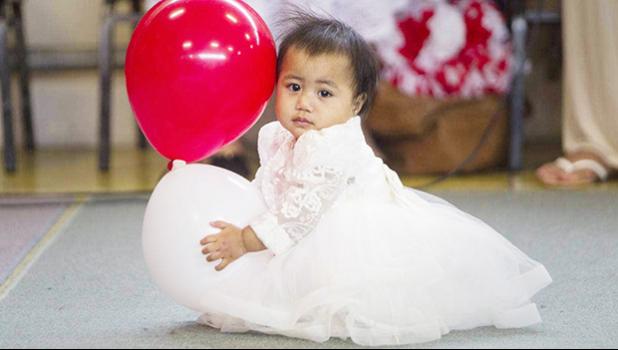 New Plymouth, NEW ZEALAND — Children were the focus of the Sunday church service at Samoan Assembly of God in New Plymouth.

The day marked White Sunday, or Lotu Tamaiti which translates to children’s service, a national holiday in Samoa which falls on the second Sunday of October.

More than 20 children took part in the service at the Lemon St-based church.

Aleluia Seufale, six, was one of more than 20 children to take part in the day at her church. [photo: GLENN JEFFREY/Stuff]

White Sunday is a day when youngsters are especially celebrated by their parents and their communities in Samoan congregations around the world.

“It's a special day for the children" said Sulu Lauafia, secretary of the Sunday school. "It's just like Mother's Day.”

During the service, the 24 children put on a show for their parents and relatives, reciting tauloto (Bible verses) and perform creative dances and dramas.