The original Throwin' Samoan to Miami Dolphins' Tua Tagovailoa: ‘Do us proud' 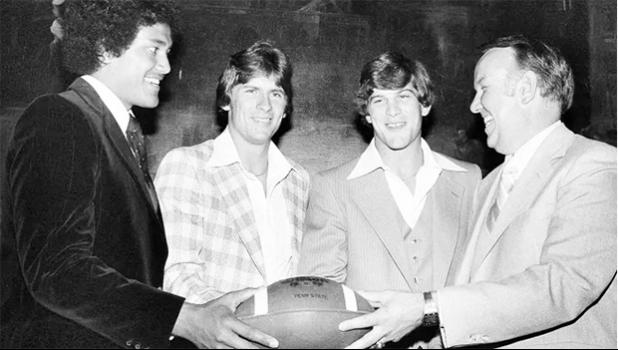 Palm Beach, FLORIDA — With the conversation winding down, the voice on the line, originating from Seattle, says he has to run. Or so he thought.

Suddenly, he remembers something he needed to say. And it’s probably the most important thing.

There are three principals to this story.

The speaker is Jack Thompson, at least according to the name his parents gave him. The Throwin’ Samoan — that’s the name football gave him, a name, he acknowledges, that will stick with him until the day he dies.

The third party is the Samoan people, a proud lineage that links Tagovailoa and Thompson just as surely as football.

The two have met, spending portions of a couple of days together at the Polynesian Football Hall of Fame festivities.

When Thompson is told that Tagovailoa’s Dolphins teammates already are speaking in glowing terms about how the rookie conducts himself, Thompson’s reaction is: It figures.

“That’s his M.O.,” Thompson says. “He has a very magnetic personality.”

Today, Thompson is a 64-year-old grandfather, but he too was a quarterback drafted among the top five, and he believes the traditions of Samoan culture play an important role in teaching young men how to lead.

“Our culture is not a ‘me-me-me’ culture,” Thompson says. “It’s family oriented. It’s the way we’re raised. You watch Tua and it’s clear that he doesn’t want to do anything that brings shame onto his family, and that’s typical. My dad would have kicked the crap out of me if I did. That’s just the way it is.

“And so you don’t think about yourself first. Really, you think about the group: your family, your village, if you will. And Tua walks it. He doesn’t just talk it.

Jordan Todorov is a documentary filmmaker and a journalist based in Berlin. www.gigantberlin.com. Atlas Obsura is a website that calls itself a global community of explorers, who have together created a comprehensive database of the world’s most wondrous places and foods —21,561 of them contributed by our community so far, and more every day, from a secret apartment atop the Eiffel Tower to bridges built out of living roots, from a temple shaped like a chicken to an island ruled by cats, from a fruit that tastes like chocolate pudding to a spicy chutney made out of red ants.