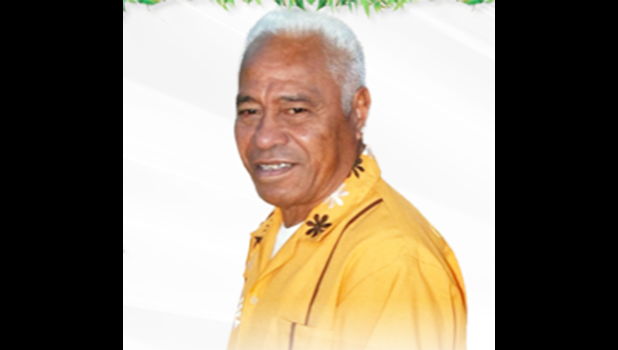 Yakima, WASHINGTON — Pati Migi, age 79, went to be with our lord and savior Jesus Christ on Wednesday, September 22, 2021. Born in Pago Pago, American Samoa on December 27, 1941, Pati was well respected in his community and was known for his talent in music and athletics, as well as his knack for proliferating positive energy amongst others. He was raised by his aunt and uncle Toa Migi and Lefea Migi and was the oldest of his siblings. In his youth, Pati could be found playing sports, learning to play the organ by ear, or deep sea spearfishing with family and friends. As an adult he took his talent of music and played the organ and taught gospel hymns to the church choir.

After graduating from Poia High School in Pago Pago, Pati Migi met his beautiful wife, Logologo Vite-To’omalatai, where they married in the village of Masausi, Am. Samoa in 1962.

Pati is known to always bring laughter and a smile to the faces of everyone he met, and would never resist an opportunity to help a stranger or friend in need of assistance. With his farming background, he never turned away from offering his harvest of bananas, taro, breadfruit, coconut, papaya and livestock to those in need. Some of the individuals he helped became friends along the way and shared their gratitude by building their family home in 1971; others showed their appreciation by building a bus for the many who needed transportation to work in other villages. Pati was a man of God and led by example. He gave with good intentions and didn’t expect anything in return — something instilled in the values of all seven of his children.

As Pati’s children grew older, he recognized the need for an accessible education. After attending a family funeral in Hawaii, Pati returned and decided to uproot his family from their comforts in American Samoa, to the foreign lands of the United States. Despite the language barrier and lack of money, Pati and Logologo persevered and settled in Oahu where all of their children continued their education. The sacrifice to leave behind family, friends, community status, and a thriving farm business allowed for an improved way of life for Pati’s children and generations of family to come.

In 1983, the family moved to California where Pati worked at Ganahl Lumber, earning an honest living to continue providing for his family. As years passed, Pati and Logologo began to have their hands full as their family grew large with many grandchildren. Grandparent chores such as babysitting and after school “pick ups” were a daily job for Pati and Logo, but it was a responsibility they wouldn’t have traded for the world.

On a few occasions, Pati was called upon by relatives to return to Samoa. There, he would hold the high chief title and become the head of the family and village. Pati declined his rightful chiefship as it was his heart’s desire to live in close proximity to his growing family. After the youngest child graduated from high school in 1994, Pati and wife decided to make the journey up to Yakima, Washington to reunite with their daughter and family. They slowly acclimated to Yakima Valley’s extreme climate, but were excited to start a new chapter. Pati started a new career at Kline Construction and Logologo kept busy by watching many of her grandchildren who were growing up in Yakima. Pati dedicated most of his life to his kids and grandkids and his efforts were obvious; whether it was transporting to and from school, supporting sporting events near and far, or giving up the last few dollars in his wallet to the pockets of his grandchildren. Pati was the definition of giving the clothes off his back for his family.

Pati Migi holds many titles. To his children and in-laws he is Dad, Daddy, jokester, giver, boxer, organ playing extraordinaire and role model. To his grandchildren he is known as the world’s best tree climber, thumb “thumper,” the biggest fan in the stands, swan drawing artiste, and our hero. Pati Migi’s memory is forever imprinted on the hearts of those who had the blessing of knowing him and his presence.