Recognized for service to Pacific 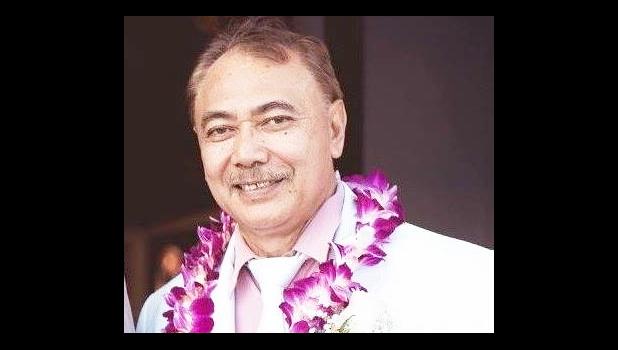 It has been six years since Salausa Dr. John Ah Ching retired from the LBJ Medical Center and moved to Samoa but his dedication to healthcare has not been swayed.

The six-day event included skills workshops and a scientific conference that brought together healthcare professionals from all over the Pacific Region, including stakeholders and partners from the United Kingdom, New Zealand, and Australia.

Doctors, nurses, midwives, health officials, and specialists gathered to brainstorm and share ideas during what has been called the most important professional development event in the reproductive health calendar for the region.

It was during the event that Salausa was awarded the P.S.R.H. President's Medal, in recognition of his distinguished service to the Pacific Society and to honor his efforts in producing leaders in reproductive healthcare, as well as his contribution to patient care improvement.

Samoa News reached out to Salausa, who arrived in Samoa earlier today after spending a few days visiting his children in Australia.

The long time physician presented during the conference, a paper on a project he spearheaded, which trains midwives in district hospitals across Samoa to perform basic ultrasound scans to detect problems — if any — early enough to get the patients referred to the National Hospital.

P.S.R.H. President, Dr. Pushpa Nusair of Fiji, congratulated Salausa and said the region will be watching, with interest, developments such as this in the independent state.

Only six other individuals have received the President's Medal, three of whom are: Prof. Glen Mola of Papua New Guinea, Prof. Rajat Gyaneshwar of Fiji, and Dr. Rufina Latu of the World Health Organization.

He has been a physician for more than 40 years, more than half of which was spent at LBJ Medical Center where he worked for 22 years, retiring as the Chief of the OB/GYN unit.

He departed the territory six years ago and is now operating a private clinic under the National Hospital of Samoa. He continues to do what he has always done. And that is, to deliver babies and care for expectant and at-risk mothers.

His service to American Samoa was so extensive that at one point, he told Samoa News that the babies he delivered back in the 1980s and 1990s were now coming in to have him deliver their own babies.

Salausa's love and dedication to the medical field is unquestionable. As a matter of fact, it has rubbed off on his kids.

He and his wife La have six children — three of whom are health professionals.

His oldest daughter Ulua'itupu is a registered nurse in Australia. Another daughter Lucilla is a doctor specializing in eye care, and son Emosi is a practicing dentist.

Those who knew him best all describe him the same way: "humble".