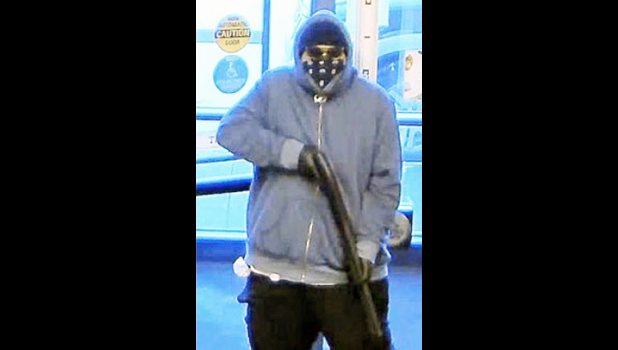 Pago Pago, AMERICAN SAMOA — A Samoan man residing in Alaska, who pled guilty late last year to bank robbery and possession of a firearm in furtherance of a crime of violence has been sentenced to more than 10 years in prison by a federal judge in Anchorage, according to federal court records.

Samoa News reported in Dec. 30 2019 — based on federal court records — that Totoe Opeti Sakaria, Jr., who was 22-years old at the time and now age 24 — was indicted by a federal grand jury for the armed robbery of a Wells Fargo Bank.

(The indictment notes that Sakaria was convicted on Oct. 4, 2019 with vehicle theft first degree at the Alaska State Superior Court. At the time of the bank robbery case, Sakaria was on probation for the state charge.)

Co-defendant Brandon David McDonald was charged with one count of accessory after the fact to bank robbery.

Federal court records and the US Justice Department say the defendants have been in custody, without bail since their arrest in December 2019. Authorities in Alaska are still looking for a second man, who assisted Sakaria in the bank robbery, where a security guard was injured.

Federal prosecutors filed a sentencing statement on Jan. 28th this year seeking 141 months imprisonment for Sakaria, followed by 3-years supervised release and paying a total restitution of just over $7,600.

On the way out the door, Sakaria struck a bank security guard in the head with the butt of the shotgun, according to prosecutor’s sentencing statement, which also says that the security guard fell to the floor when struck.

The security guard was taken to a local hospital after the robbery, and medical staff there treated him for a six-inch long scalp laceration and chipped tooth. “The laceration required ten staples to close,” a court document says.

After the robbery, Sakaria and his co-conspirator gave the shotgun and clothing they wore during the robbery to McDonald, who hid the clothing and shotgun in his parents’ residence, and the FBI found the items there during the execution of a search warrant in the days immediately following the robbery. Among the recovered clothing was a sweatshirt bearing Sakaria’s DNA, said the prosecutor.

Authorities put out a bulletin through an alert system, which included a screenshot from a bank surveillance camera of the defendant.

In seeking the lengthy jail term, Assistant US Attorney Allison M. O’Leary argued in the federal sentencing statement that Sakaria “robbed a busy bank at gunpoint, seriously injuring a security guard as his co-conspirator injured an elderly patron. This offense left a trail of physical and emotional scaring in its wake, all for a mere $2,624.”

“It was a stupid, violent, terrifying offense, and the defendant’s sentence should reflect these facts,” O’Leary further argued.

For the defense, Assistant Federal Public Defender, Gretchen L. Staft requested a sentence of 90 months in prison for Sakaria, followed by 3 years of supervised release. No restitution was mentioned by the defense, according to the defense sentencing statement.

“Such a sentence reflects the nature and circumstances of the offense as well as Mr. Sakaria’s history and characteristics,” the defense argued and also pointed out that the defense’s recommended sentence promotes rehabilitation by allowing Sakaria to obtain treatment services in custody as well as following his release to ensure his successful reintegration into the community.

“Supervised release will also provide a hammer to deter even minor future violations. Mr. Sakaria will be in his 30s by the time of his release and will possess greater maturity to remain focused on his success,” the defense argued.

Additionally, Sakaria intends to pursue his GED, substance abuse treatment, and other educational, vocational, and rehabilitative programing while in custody.

During sentencing last week Thursday, Sakaria and his co-defendant appeared by video conference to protect human health and safety during the COVID-19 pandemic.

U.S. District Court Judge Ralph R. Beistline, who presided over case, sentenced Sakaria to 126 months imprisonment, followed by three-years of supervised release; paying a total restitution of $7,652: $2,624 for the loss to Wells Fargo Bank and $5,028 for the cost of medical care and worker’s compensation insurance for the injured security guard.

In handing down Sakaria’s sentence, the Judge noted the terrifying nature of the crime for the bank patrons and employees, Sakaria’s dangerous use of a shotgun, and the rapid succession of serious crimes Sakaria committed in 2019, including a vehicle theft conviction from the State of Alaska, according to a national news release from the USDOJ last Friday.

In sentencing McDonald Judge Beistline emphasized the foolishness of McDonald’s decision to help the robbers.