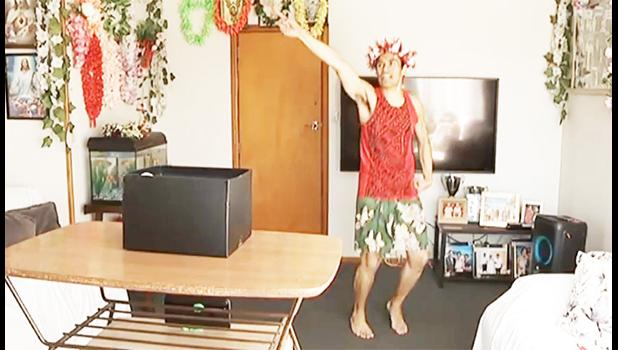 Christchurch, NEW ZEALAND — A Christchurch-based Samoan nurse is bringing a bit of island style beats to people during lockdown. And he's garnered quite the following.

It's not hard to see what makes Suli Tuitaupe stand out.

"He's got a happy vibe all the time and he shows it. It rubs off on everyone," cousin Lui Tuitaupe says.

He's a pop of brightness bringing reassurance in a place many associate with anxiety.

"Asking them how their day is and before you know it, all done. They're like, 'Is it better, and like yeah it's already in there," Suli says.

Suli is a registered nurse at Tangata Atumotu and has been instrumental in the success of Maui vaccination clinic.

"He rung everyone up and told them all we all have to get it done so we're all safe," Lui says.

"I've had a few that are like 'oh yeah you're that guy', even under the shield and the mask it's pretty cool," Suli says.

Because it's not only his nursing that he's getting noticed for. He's a nurse by night and dancer by day.