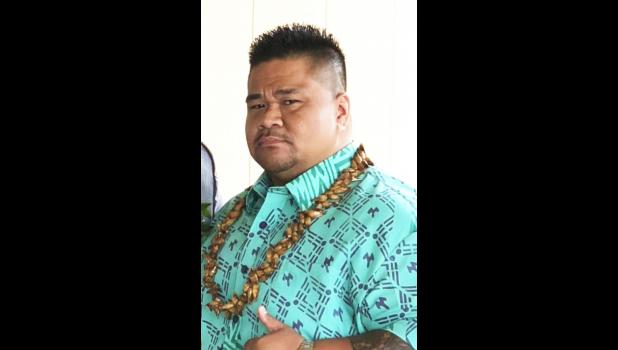 According to Executive Director, Elese D. Teton, “Mr. Rodney Te’o has been selected and began his new position duties on Monday, May 10, 2021. Rodney has worked for the Tribes for many years in the IT department and is well known in the community. I am positive that his institutional knowledge and IT experience will be an asset to the Tribes.”

Rodney was born and raised in the South Pacific on  the Island of Tutuila, American Samoa. He is the second oldest  of five children. He moved to Hawaii in 2000 to attend college, and received his Associates Degree in Information Systems and Bachelor’s Degree in Information Technology. He then moved to Pocatello in 2005 with his wife, Toefuata’i Afamasaga. In his private time, Rodney enjoys golfing, fishing, dancing and laughing with family.

Rodney is no stranger to the Tribal Government as he has been with the Shoshone-Bannock Tribes for over 13 years, and has been actively involved in the Fort Hall Community. Rodney volunteered as a Coordinator of the Men’s Tribal Health Fair, and has held several group- fitness classes throughout the years with the Tribal Health Education program. He also coached for the Fort Hall Warriors Football Team, and is currently one of the Head Coaches for the Fort Hall Eagle Hawk Boxing Club under the management of Tribal Recreation Department.

Rodney states, “I have built long lasting relationships with the Fort Hall Community, and made it my home away from home for years.”

And further adds, “I have been in IT for a little over 20 years and am excited to continue to work with my team in a different role. I understand that it will be a task being the new IT Director, but I have complete confidence and trust in the people I work with to help in the transition. I am very grateful for the opportunity and look forward to continuing my service in the IT Department for the Shoshone-Bannock Tribes.”