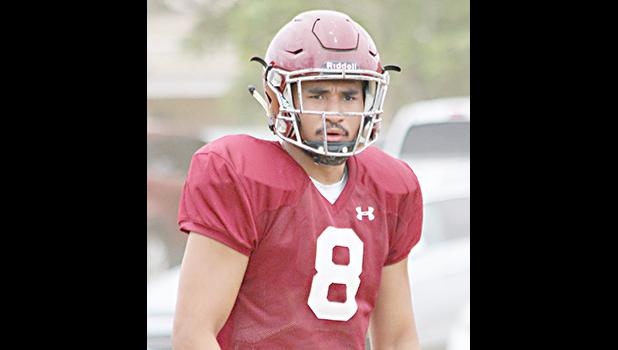 Pago Pago, AMERICAN SAMOA — Oakie Salave'a verbally committed to San Diego State in June, but the Colorado Buffaloes gave him something to think about on Thursday. The 6-foot-3, 200-pound Tafuna High School senior added an offer from Colorado, where his father Okland Salave'a starred as a defensive lineman in the late 1980s.

"I was just blessed and thankful," Salave'a said of his new offer from Colorado. "This is truly a God given talent, the glory goes to him. I’ve been working so hard, traveling to be seen in person, getting stuck in the mainland and finally making it home. It’s been a long time coming, but (I) will continue trusting in God's timing.

San Diego State brought Salave'a on board as a quarterback commit, despite the fact he also shines as a safety for Tafuna High School. Salave'a believes his strength and his decision making skills are the areas he has made the biggest strides in since last season. Tafuna is off to a 5-0 start.

Salave'a visited San Diego State and attended the Elite 11 Regional Camp in Los Angeles over the summer, before facing the challenge of returning home. He does not expect to be able to visit Boulder before the signing periods for 2022 recruits begin.

"I wish I could take a trip," he said. "But our government has issued very strict traveling requirements in which you have to quarantine for two weeks. So if that doesn't change, I don't think I'll get to visit."

Salave'a had a couple other Group of 5 offers before he joined the Aztecs' commit list, and he was hearing from a host of Power 5 schools, including Maryland, Oregon, Texas Tech, Utah and Washington State.

247Sports National Recruiting Analyst Greg Biggins wrote that Salave'a held his own while competing with some of the top West Coast quarterbacks at the Elite 11 Regional Camp: "The class of 2022 prospect made the long trek to Southern California but didn’t look out of place at all. He was twitchy and athletic station to station and had a really strong performance all around."