15 years at the TCF: High Court throws the book at Manu Lefatia 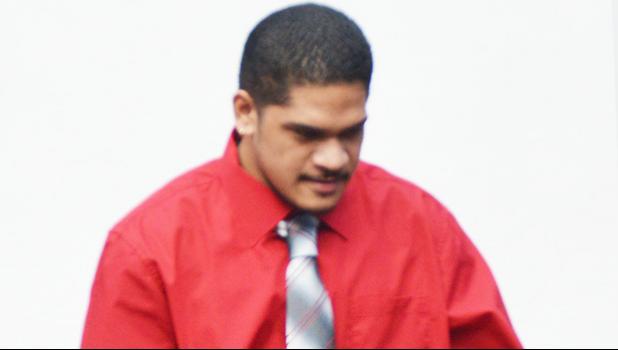 He pled guilty to escape and for shooting a man in Leone
By
Ausage Fausia
ausage@samoanews.com

Pago Pago, AMERICAN SAMOA — A Territorial Correctional Facility inmate convicted of escape from confinement and shooting a man in Leone in August 2018 was sentenced last week to 15 years behind bars.

The government initially charged Lefatia in four separate cases. In the first case, he was charged with two counts of first degree assault; one count of attempted murder; two counts of unlawful use of a weapon; and one count of escape — all felonies.

But under a global plea agreement with the government, accepted by the court, Lefatia pled guilty to one count of second degree assault and two counts of escape from confinement, all class D felonies, punishable by imprisonment of up to 5 years, a fine of up to $5,000 or both, for each count.

According to terms of the plea agreement, Lefatia admits that on Aug. 12, 2018, while serving time at the TCF, he escaped from confinement for the purpose of committing another crime. Lefatia admits that he went to Leone and assaulted another man by shooting at him with a gun, committing the crime of second degree assault.

He further admits that in March 2019 while he was held at the temporary holding cell in Fagatogo, he escaped, saying a cop allowed him to leave his cell.

(As a result, the government charged former DPS officer Tuluiga R. Salanoa with permitting escape. Salanoa told investigators that he released Lefatia out of the goodness of his heart, so Lefatia could see his girlfriend. Salanoa also instructed two inmates to stage Lefatia’s bed so it looked like someone was asleep in it).

Lefatia further admits that on Aug. 21, 2019 he escaped from his cell in Fagatogo. As a result, former DPS officer Saito Pesaeli has been charged with permitting escape. Lefatia said it was Pesaeli who allowed him to leave his cell after he asked him several times if he could visit his son, who was sick.

One of the concerns the court had when the global plea agreement was announced last year, was why the government moved to dismiss the more serious charges filed against Lefatia.

Samoa News understands that one of the reasons cited was that the cop who was the lead investigator in all of Lefatia’s cases is no longer a police officer.

When given the chance to speak, Lefatia said there is no excuse for his actions. He apologized and said he’s truly remorseful for what he did, and he wants to go back home to care for his parents, especially his young children.

He asked for a second chance, saying, “I want to see my children grow up and I want them to know that their father is around for them.” Lefatia told the court he was wrong and he asked for forgiveness. “I don’t want to live in jail anymore,” he said.

Uiagalelei said that despite the seriousness of the charges against his client, he believes Lefatia is a changed man, who is truly remorseful and takes full responsibility for what he did. He also reminded the court about the first case against his client, whereby he was acquitted by a 6-member jury in May 2019.

Kruse told Uiagalelei that the decision was made by the jury, and that he and a panel of judges who heard the case heard all the evidence the government presented to the court. The jury had a different view of the evidence from what the court heard, he said.

Uiagalelei asked the court to sentence his client to probation, and that the sentences run concurrently.

But Prosecutor Lowe disagreed, arguing that Lefatia be sentenced to the maximum allowable under the law. According to Lowe, the government considers Lefatia a very dangerous and violent man who escaped from confinement for the purpose of shooting a man in his home in Leone. “This man does not deserve a second chance or a probated sentence. He must pay the price for his actions, by allowing him to serve the maximum sentence for all three charges he was convicted of.”

Pursuant to the plea agreement, all remaining charges including the more serious charges of first degree assault; attempted murder; and unlawful possession of drugs were dismissed.