2017 Economic Census: Over $1 billion in sales generated from businesses in Am Samoa 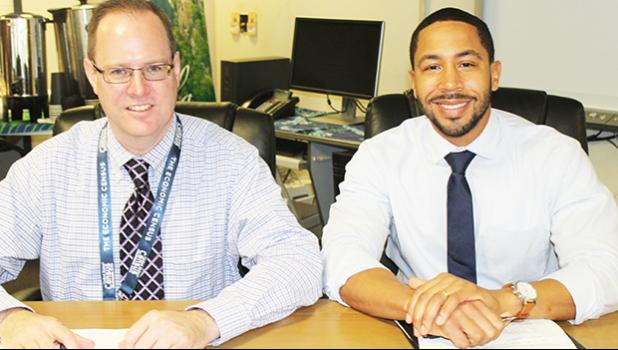 Conducted every 5 years - with the years ending with numbers 2 and 7 - the 2017 Economic Census for American Samoa was carried out in 2018 during which the Census Bureau coordinated with the local Commerce Department.

Nusz, the Economic Census Assistant Survey Director Staff Chief with the Economy-Wide Statistics Division, gave a general overview of the economic census, which provides basic statistics such as number of business establishments and industry, sales, annual payroll, number of employees, and operating expenses.

It also collects statistics on the ownership e.g. gender, race, citizenship of the business owner, he said, and commended DOC personnel who helped with ensuring that the economic census was carried out, by following up with businesses on the questionnaire.

He said DOC staff working with them were “sworn” in because of the confidentiality of records and data collected for the economic census. Highlights provided by Nusz, as well as a brief Census Bureau statement, shows that in 2017, total sales for all businesses was $1.079 billions - with the largest industry being Manufacturing with over $389 million in sales.

Additionally, total annual payroll for all businesses was over $143 million, while total employees was 8,767. And of the 511 total businesses in the territory - 366 were in the Eastern District and 143 in the Western District in 2017. (It appeared from the data that Manu’a District was not included.)

For the 2012 economic census, the territory recorded 377 business establishments, which generated just over $1.1 billion in total sales, according to Census Bureau data released in May 2014.
At yesterday’s briefing, Nusz explained that the statistics for 2017 “covers only employer businesses. So any kind of business that doesn’t have paid employees are not covered under these statistics.”

“We understand that’s a sizable part of the [local] economy, but we just don’t collect them in the economic census,” said Nusz, who was in the territory in April 2018 working with DOC on moving forward the 2017 economic census.

When asked by Samoa News for further explanation on the issue, Nusz said the economic census stateside as well as the Island Areas “only covers businesses with paid employees” reported to the US Internal Revenue Service (IRS).  Not included is “any kind of business, where it’s just one person doing everything; they don’t hire employees or just their family and don’t pay themselves; or pay payroll to the IRS,” he said.

During a Samoa News interview in 2018, another US Census official, Bill Samples, made clear at the time, that “only businesses that have employees — a minimum of one employee — are included in the 2017 economic census. It does not include non-employers.”

At yesterday’s briefing, Samoa News asked for general information on the reason behind the drop in total sales between 2012 and 2017. “We can’t talk about individual businesses. So I can’t really tell you why,” said Nusz, who said the US Bureau of Economic analysis puts out the annual gross domestic product (GDP) and they usually provide some sort of explanation for each year.

Earlier in the briefing, Nusz said the 2017 statistics “are all used as input” for the GDP issued by the Bureau of Economic Analysis.

Samoa News has, over the past years, reported on the local GDP annually, as released by the Bureau of Economic Analysis and the “erratic fluctuation” of the local GDP from 2013 to 2018 was mentioned in the governor’s Territorial Address to the Fono. (See Samoa News Jan. 15, 2020 edition for details.)