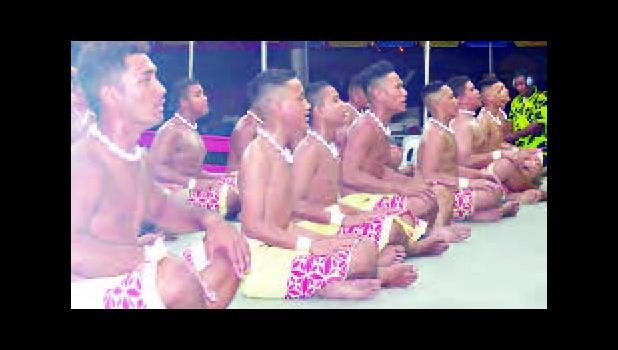 Theme: “Tupulaga Mo a Taeao (or Youth for Tomorrow)”
By
Fili Sagapolutele
fili@samoanews.com
“Our people have always believed that through the success of our children, the future of our people and our culture will be assured.” Gov. Lolo Matalasi Moliga

The 2017 Flag Day ceremony, under the theme, “Tupulaga Mo a Taeao (or Youth for Tomorrow)”, officially starts at 9a.m. today at Veteran Memorial Stadium in Tafuna, with all groups, organizations and schools that will take part in the parade to assemble around 6a.m. on the stadium’s field.

In his Flag Day proclamation, Gov. Lolo Matalasi Moliga said, “Our people have always believed that through the success of our children, the future of our people and our culture will be assured.”

Over the last several years, the governor said many investments have been made in the future of the territory’s youth, including creation of the Department of Youth and Women’s Affairs, the building of the Pago Pago Community Youth Center, the Summer Youth Employment Program, the Adopt a School Program, the Boys and Girls Club of American Samoa, and the Governor’s College Apprenticeship Program.

“While we can provide them the tools to succeed, our future remains in the hands of our youth to determine,” the governor said, and noted this year’s Flag Day celebrates and honors “Our Youth, Our Investment in the Future”.

He calls upon the government and the people of American Samoa “to join in a better future for the territory by vigorously supporting the efforts of our youth to achieve their goals and ideals.”

Youth are taking part in the actual ceremony, such as reading the Flag Day proclamation and raising the United States and American Samoa flags — to be hoisted by two Special Education students from Samoana High School, and accompanied by Special Ed teachers.

Leone High School, the first place overall winner of the 2017 Speech Festival, is singing the national anthems of the U.S and American Samoa, according to the program, which also shows the governor delivering his Flag Day address followed by special remarks from Tui Atua.

After the parade or “pass in review”, comes the traditional Samoan siva and pese, which this year is assigned to youth groups from three religious faiths in the territory.

First up, is the Congregational Christian Church of American Samoa, followed by the Catholic Church, then the Methodist Church, with the last performance from Sapunaoa group, representing Samoa.

The day ends with the closing ceremony, which includes the awarding of prizes. It should be known at that time the amount of the monetary prizes for the 2017 Flag Day Fautasi Regatta, in which Manulele Tausala I fautasi of Nu’uuli took first place in the Championship race.

It’s unknown if every fautasi will get a monetary ‘participant’ award, with additional money given out to the first through third places.