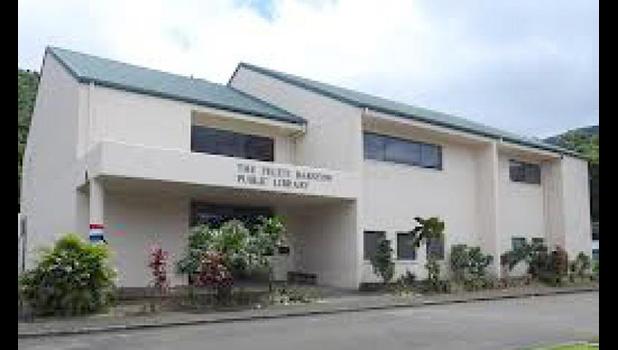 Pago Pago, AMERICAN SAMOA — Long time local educator, Emma Solaita-Malele, is the new Territorial Librarian, after being appointed by Gov. Lemanu Peleti Mauga, who made the official announcement in a Nov. 24th memorandum to cabinet members.

In his memo, the governor said Solaita-Malele has a master's degree in Library and Information Science with extensive years of library services, including library directorship. She has a strong background in education, literacy, and library services.

The governor noted that Solaita-Malele has served in the local Department of Education, American Samoa Community College, local schools, and Read to Me Samoa, a non-governmental non-profit literacy program.

Lemanu welcomes Solaita-Malele to her new position and asks cabinet members for their support as the new Territorial Librarian “strives to further the missions and goals of our public library.”

Under local law, the Feleti Barstow Public Library board of directors shall recommend to the governor a list of three to five candidates, in the order of descending priority, who have received the highest consideration of the board.

Board members of the public library are subject to Fono confirmation but not the Territorial Librarian.