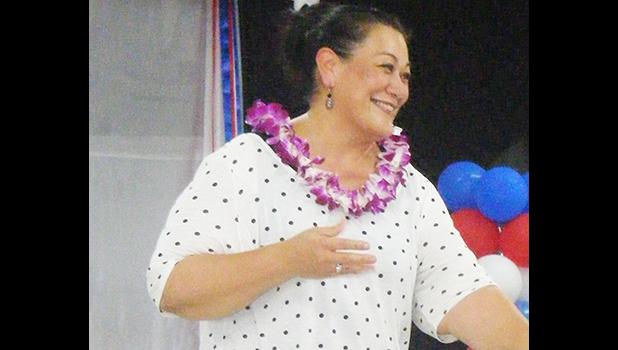 The appointment, which is “effective immediately”, was made in a memo dated yesterday that the governor sent to cabinet members and the Secretary of Samoan Affairs.

“Her years of service within the Attorney General’s Office have well prepared her to lead the Department of Legal Affairs,” Lolo said of Jessop-Ta’ase. “Her knowledge and leadership abilities are also needed during this time of transition.”

The governor asked that all cabinet members provide the Acting AG “your usual support and cooperation.”

Samoa News understands that before Talauega officially stepped down from his office, he had appointed an assistant attorney general within his office to oversee the department until the governor appointed an Acting AG.

Jessop-Ta’ase in January 2017 joined the Fono’s legal team, as legal counsel to the Senate, after resigning in late 2016 as deputy AG. She had served in the AG’s Office for many years as its chief prosecutor.