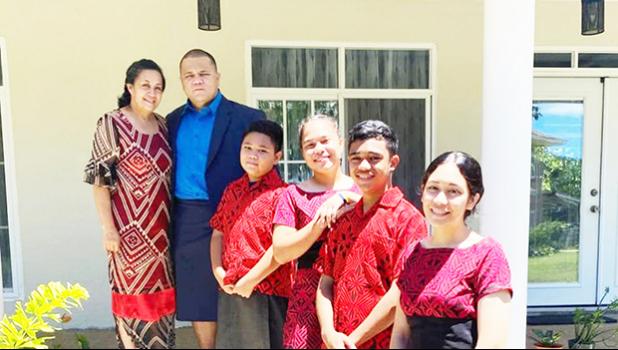 In a press release issued by the Governor’s Office, Chairman of the ASTCA Board, Alex Sene Jr., remarked, "As [ASTCA] Acting CEO, Mr. Leota has made significant contributions in impacting American Samoa's social and economic conditions, especially during the COVID-19 pandemic.  Mr. Leota also displayed excellent leadership experience, bringing together the ASTCA expertise and unique skills in unwavering solidarity to restore communications to Manu'a during an unexpected break in the ‘Blast’ submarine fiber optic cable in March 2021.  As a result of the break, there was a total loss of all communications to and from Manu'a.  Mr. Leota planned out the solution carefully and implemented it tactfully.  On behalf of the ASTCA Board, I would like to congratulate Mr. Leota and assure him that he will have our full support in working together to keep ASTCA moving forward."

Despite the bad weather, restoring the internet, LTE, LAN line, ASTCA mobile, and Bluesky services to Manu'a was completed in record time. It spoke volumes of his resilience to produce under pressure.  In parallel to these efforts, Mr. Leota continues to provide optimal services to the local Tutuila market ahead of schedule, such as paperless electronic billing services, emergency broadband benefit program, ASTCA IP TV services, central control for emergency services for emergency first responders, procuring and planning of updated firewall cyber security equipment, 100% accountability of the E-rate partnership program, and supporting various community organizations.

Leota has over 17 years of telecom experience combined.  In his first thirteen (13) years at Blue Sky, he worked his way to Corporate Sales Manager.  He achieved multimillion-dollar outcomes in telecom products and services with billing contracts valued between $7K and $5M across retail, corporate, and government business.  Shortly after joining ASTCA in 2017, he not only was a significant part of a cultural shift in doing business, he also assisted HR in making recruiting more efficient to aligning departments and staff to core strengths and disciplines.  Mr. Leota also implemented business processes that increased business and government contract revenue by $2.8M and $1M in residential sales.

He currently serves as a Deacon and Secretary for the Congregational Christian Church of American Samoa (CCCAS) Nua and Se'etaga.  He also holds Matai titles from the villages of Vailoa and Nua and Se'etaga.

Gov. Lemanu Peleti Maug extended his heartfelt congratulations to the new CEO and encouraged him to continue doing great work in a courtesy meeting on October 4th, 2021.

The governor told the new CEO during the meeting, "I want you to remember that we are servants of the people and not the other way around.  The American Samoa Telecommunications Authority  plays a significant role in how every family, church, village, and government communicates, and our lifestyles revolve around the services you provide.  I am excited to learn about the strides in innovation and development that you have planned.  I look forward to seeing ASTCA as a future leader in continuing to shape the future of technology for the Territory."

He continued, "I would like to commend the ASTCA Chairman of the Board Mr. Alex Sene Jr. and the Board of Directors for their foresight in their selection for the Chief Executive Officer's position.  Mr. Leota, while in his capacity as Acting CEO, has proven that not only does he have the intuition of a great leader, but that he also has the courage to push ASTCA's talents and resources to achieve success.  I ask the Board and the employees of ASTCA to give Mr. Leota all the support he will need as he steps into his new role as CEO."