Aleki Sene Jr. is still chair of ASTCA Board, media reports were from “misinformation” he says 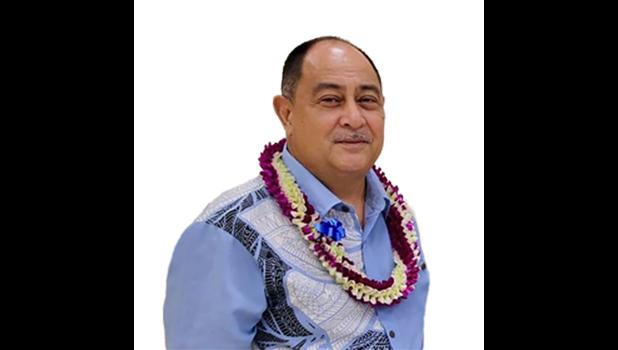 Pago Pago, AMERICAN SAMOA — Two weeks ago, Samoa News received information that Aleki Sene Jr. had been suspended from his role as chair of the board of the American Samoa Telecommunications Authority (ASTCA) — until further notice. A source told Samoa News that the decision to suspend Sene Jr was based on the issue that there is a conflict of interest with his role as chair of the ASTCA Board while his family is providing services to ASTCA.

However in an email to local media this week, Sene Jr made clear that he is still chair of the ASTCA board, which is still composed of its members as appointed under a general memorandum; and that it was ASTCA's inability to keep customer records confidential, secure, and private from the public that caused this misinformation in the media.

The Board chair said the ASTCA Board monthly meeting was held last week, May 18, 2021.

“The Board of Directors continues to perform its duties and responsibilities as prescribed with these legal documents in hand.”

Sene Jr. said a report presented during the meeting by ASTCA Board last week revealed that the “companies in the migration test as selected, including the affiliate company Aleki Sene Jr is affiliated with, faithfully paid their bills on time in the past 20 consecutive years, [are] currently are up to date and have a zero balance due on their respective accounts.

“Acting CEO Leota's first item was the Progress of the Billing Platform Migration, and the Acting CEO offered his sincere apologies for the failure of the billing staff in keeping the ASTCA customer records confidential with the highest level of integrity. The Acting CEO assured the Board of Directors that all efforts and procedures are in place to protect the confidentiality and integrity of all ASTCA customer billing records.

“Furthermore, the Acting CEO reported that the staff investigated and confirmed customer billing records integrity of the migration process extends back to October 1, 2001.

“All analyzed records confirmed that companies in the migration test as selected, including the affiliate company I am affiliated with, faithfully paid their bills on time in the past 20 consecutive years, currently up to date, and have a zero balance due on their respective accounts.

“With this report, Acting CEO was warned (also by email) of the lax billing/ data transfer procedures during the Billing Platform Migration phase, which caused this misinformation in the media.

“This misinformation suggests ASTCA's inability to keep customer records confidential, secure, and private from the public. Additionally, this event could have resulted in a libel suit directed to ASTCA and/or media companies (especially those who ASTCA warned of the incorrect information),” he said.

When Samoa News inquired regarding Sene Jr.’s alleged suspension as Board chair, to Acting CEO Leota refused to comment. He said that he needed to consult first with their lawyer to advise him on what should be said about the issue.

Samoa News also asked two Board members regarding this matter, however, they didn’t want to offer any comments. They said that the only two people that could release any information regarding this matter are Leota and the current acting Chair of the Board, Sen. Utu Sila Poasa.

According to the source, the Board would meet to discuss their next action regarding the suspension of the Board chairman.

However, Sene Jr told KHJ News last week that he was not suspended from any inappropriate actions. He said there was no discussion by the ASTCA Board to suspend him for issues that were reported by local media (KHJ News and Samoa News).

He further explained that at the board’s special board meeting on May 7th the discussion included budget performance for the next quarter and also included migration to another billing platform. Additionally, the Billing review included samples of a company he is affiliated with.

For a fair discussion, Sene Jr said he recused himself and left so that discussions would continue with the confidence of his presence not being a factor in the reviews. Realizing the reviews might be lengthy, he decided to leave and asked Vice Chairman, Sen. Utu Sila Poasa to take his place.

LOOKING FOR A ASTCA CEO

Meanwhile, ASTCA is now looking for a new Chief Executive Officer to replace former CEO Ms Falavaoto Sualevai. The deadline for filing applications is May 28th.

In the job description on its website, ASTCA outlines the CEO’s duties saying the CEO reports directly to the Board of Directors of ASTCA and is accountable for the overall success and impact of the organization.

This includes strategic planning and implementation, financial oversight and promoting the development and growth of ASTCA. “The CEO will work closely with the board of directors, serving as the primary link between the different divisions within the company.”