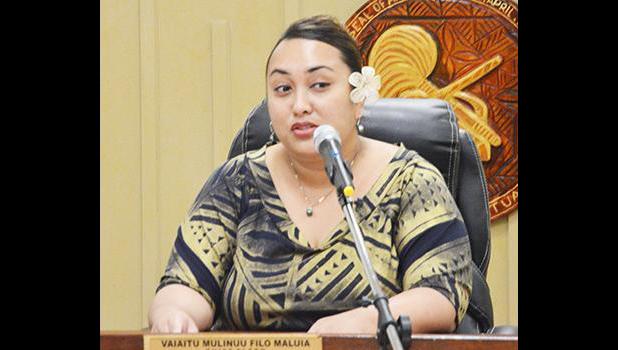 Pago Pago, AMERICAN SAMOA — American Samoa’s 2021 mid-year population is estimated at just over 51,000 — a big decrease when compared to last year — and the female population is higher than the male population, according to the latest data released through a “Bulletin” issued last Friday by the Statistics Division of the ASG Commerce Department.

Meanwhile, the US Census Bureau have yet to release the 2020 Census count for American Samoa as well as other territories, although the 2020 Census for all states was released several weeks ago.

Samoa News reported in August of last year, based on DOC data, that the territory’s mid-year 2020 population was estimated at 57,637. It also stated that a constant decline in fertility through the decade and net outbound movement of residents continues to add to the population decline.

Of note, the territory’s mid-year 2019 population was estimated at 58,500 — a recorded loss of 1,100 to the resident population from mid-year 2018, due to high outmigration, increased mortality, and declining fertility, according to DOC publicly released data.

For the mid-year 2021 estimate, the local population stood at 51,561 as of July 1, 2021, according to DOC, which also states that the new estimate is “based on the unpublished preliminary count from the 2020 census plus natural growth — which is births minus death, plus net travelers — which is all arrivals less all departures.

“Fertility continued to decline as less and less new borns are recorded and record number of residents have moved mostly to the United States and neighboring Samoa,” said DOC.

The population estimate is derived from the Balancing Equation Method by adding the natural growth — births minus deaths — and net migration of residents and immigrants to the base population ever year, says DOC.

“Historical travel data since 2000 is no longer used in the current population estimate due to much lower counts in the last two censuses,” DOC explained, noting there are two reasons why this happens.

The first is that the recording of “arrivals and departures is inconsistent” and the second reason is that there “could be serious undercounts in 2010 and 2020.”

“However, the methodology is maintained by looking at population components such as higher mortality, fewer births and continuous outmigration of residents resulting in this huge drop in the estimate,” it says.

According to DOC, net migration is still a major challenge in the estimate. It also says that given the new arrival and departure cards system implemented in 2018, “the data quality is very poor because of a number of missing and incomplete forms.”

“Many are still not in compliance with this travel requirement and at the same time, frontline government agencies are not checking and verifying the forms before acceptance,” DOC explained.

“Still, using immigration arrival/ departure statistics reported to DOC suggests that we may have lost another 2,000 plus residents recently,” it says.

DOC explained that the “dilemma with our resident movement is the fact that these are mostly not permanent migrations to the United States as many visited families and relatives in extended periods of time but still maintained legal residency in American Samoa.”

Commerce director, Petti T. Matila wrote in an Aug. 6th letter to ASG Medicaid Office director Sandra King-Young, that there is no new poverty data for American Samoa because:

•           US Census Bureau has not released results and tabulation of the 2020 American Samoa Census; and

•           American Samoa is excluded from the Census Bureau’s American Community Survey that provides annual updates for the federal government and states.

Matila did provide data update on the mid-year 2021 local population estimate and the American Samoa 2010 Census table on Poverty. For example — based on the 2010 Census — the percentage of American Samoans that live below 400% of the federal poverty is 93.26%.

Matila was responding to population inquiries from the Medicaid Office.