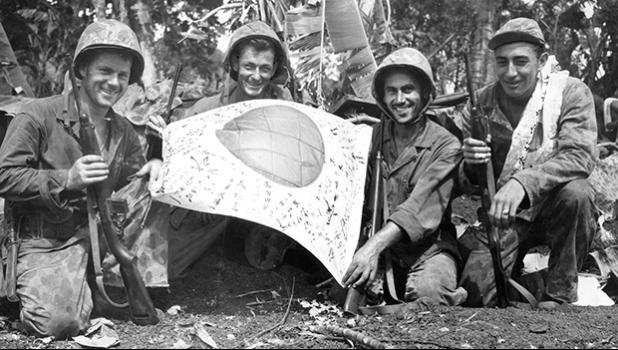 Pago Pago, AMERICAN SAMOA — This week, Congresswoman Aumua Amata is commemorating the 75th anniversary of the Battle of Saipan in honor of veterans and this significant event in Pacific history.

This important strategic battle began on June 13 with a bombardment and a landing on June 15. US forces captured the airfield on June 18 and went on to victory at the enormous cost of 29,000 US casualties.

“This year marks numerous World War II anniversaries, but the Battle of Saipan was a costly and strategic victory that deserves special remembrance,” said Aumua Amata. “This Battle was a historic shift in the Pacific war, and specifically brought Japan within range of US bombers. We should remember our nation’s heroes with pride, and the sad loss of all lives, including thousands of civilians. I’ve been at some of these Heritage sites in CNMI, and the preservation of these places and memories is very important.”

“May God bless our veterans, our servicemen and women, and our military families,” concluded Amata.

This week, the Friends of the National World War II Memorial will lead a special remembrance ceremony for the Battle of Saipan at the Memorial in Washington, DC, attended by dignitaries, veterans and veterans organizations.

The Memorial is under the care of the National Park Service, with oversight from Congress via the Natural Resources Committee.

AMATA HIGHLIGHTS BIRTHDAY OF US ARMY

Aumua Amata released over the weekend the following statement in commemoration of the founding of the Army on this day in 1775, along with the nation’s adoption of the U.S. flag in 1777:

“On June 14th, the United States Army celebrates its founding in 1775. Not long after, George Washington was selected as the first commanding General by the Continental Congress. Congratulations to all of our own serving in the Army or Army veterans.

"The Army looks to American Samoa every year for great recruits, and we can take pride in our tradition of service. That tradition has grown greatly since my father served, and for all our military families, these days are reminders of loved ones.

“The date coincides with the day in 1777 when the nation officially chose the Stars and Stripes, our flag. Happy birthday to both the US Army and Old Glory!”