Amata responds to President’s State of the Union message 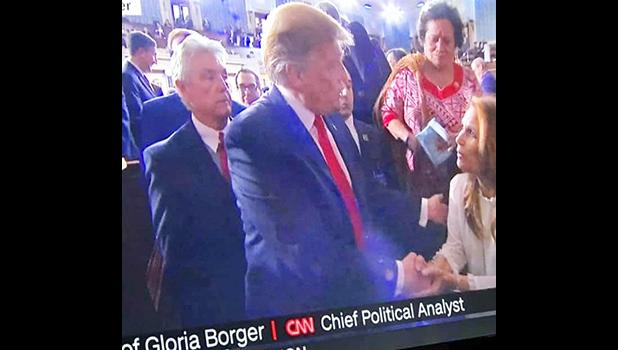 “The President gave a strong speech on his priorities,” said Aumua Amata. “I support his call for infrastructure improvements, and his recognition of the ongoing VA reform efforts that are well underway, which are a real highlight for both Congress and the administration during these first years of his presidency. Over the past two years, I’ve been pleased that Trump administration officials have visited our islands, and others have said they will come to American Samoa to see firsthand what matters to our territory. His recognition of a child and her story of treatment at St. Jude Children’s Hospital was a special moment, and I’m happy to hear of this childhood health care effort.”

President Trump communicated his beliefs by recognizing his State of the Union guests, and their stories of redemption and hope, along with economic success stories, and law enforcement and military heroes. In addition to the childhood cancer health care initiative, he also supported increasing parental work leave when a family has a baby.

“I’m pleased that the State of the Union took place in the House of Representatives, where it belongs, in the long-established yearly tradition of this country,” continued Congresswoman Amata. “It’s my hope that we can get beyond some of the political posturing, and have genuine progress and bipartisan cooperation on these priorities, such as completing our nutrition and Medicaid assistance for Storm Gita. The only way to pass a bill into law right now is to attract support from both parties.”

The State of the Union is based on a Constitutional directive for the President to report to the Congress about the condition of the country, and provide presidential policy recommendations, as described in this House history.

“Most of the United States has enjoyed a growing economy and more employment under this President,” concluded Amata. “Our islands are best served by a strong and prosperous United States.”

(Editor’s Note: Samoa News should point out that while the SOU is based on a Constitutional directive — Article II, Section 3 — it does not direct in what form the report or address must be delivered. Prior to 1913, the SOU was a ‘written’ report to Congress. It was President Woodrow Wilson, who began the practice of delivering the address to Congress in person, which has since become a “yearly tradition”.)