American Samoa joins with the rest of U.S. to remember COVID victims 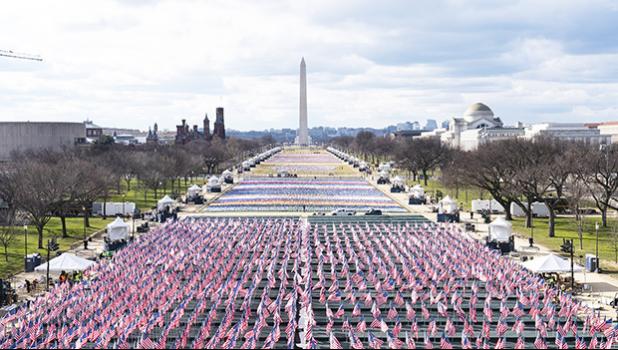 Pago Pago, AMERICAN SAMOA — Gov. Lemanu Peleti Palepoi Sialega Mauga has called on American Samoa to join the nation today, Jan. 19th, by uniting to remember the nearly 400,000 American lives claimed by the deadly COVID-19 pandemic.  This figure is accurate as of yesterday afternoon. The virus has infected millions of lives in US states and other territories.

In a memorandum issued last Friday, the governor explains that President-elect Joe Biden’s inaugural committee is hosting a memorial to honor all the lives claimed by COVID-19 and today, cities and states in the nation “will unite in a moment of remembrance and respect for the lives lost due to the deadly pandemic.”

Participants in the memorial will illuminate buildings, light candles and ring church bells in a show of solidarity, the governor explained.

“In support of our succeeding Commander in Chief,” Lemanu said he and Lt. Gov. Talauega Eleasalo Va’alele Ale invite members of the business community along with various government departments and agencies to do the same throughout American Samoa.

Lemanu ordered that the United States flag be flown at half-staff today and for the Office of Samoan Affairs to coordinate with village pulenu’u to ring village and church bells for 30-seconds beginning at 11:30a.m. today.

He directed that the American Samoa Government participate in a moment of silence when bells are rung at 11:30a.m.

“As we reflect upon this pandemic and consider the loss of life and impacts on the affected survivors, let us each take a moment to give thanks to our God for his continued blessings upon our Territory,” Lemanu concluded.

American Samoa remains the only US jurisdiction — state or territory — to be COVID-19 free.

Biden, who served as the US Vice President for President Barack Obama, will take the oath of office tomorrow, Jan. 20th in the nation’s capitol along with Vice President-elect, Kamala Harris.

The ceremony will be carried lived on national television networks — several of them are carried locally on Moana Cable TV.

The Presidential Inaugural Committee first announced the memorial in a national news release on Jan. 5th saying that it will be set for 5:30p.m. — Eastern Standard Time — in Washington D.C. (which is 11:30a.m. in American Samoa).

The committee invited cities and towns around the country to join Washington, D.C. “in illuminating buildings and ringing church bells” at 5:30 p.m. Eastern Standard Time “in a national moment of unity and remembrance”.

The committee’s communications director Pili Tobar said the inauguration of Biden and Harris “represents the beginning of a new national journey.”

“However, in the midst of a pandemic — when so many Americans are grieving the loss of family, friends, and neighbors — it is important that we honor those who have died, reflect on what has been one of the more challenging periods in the nation’s history, and renew our commitment to coming together to end the pandemic and rebuild our nation,” said Tobar.

(The latest information on the inaugural ceremony is at: https://bideninaugural.org)