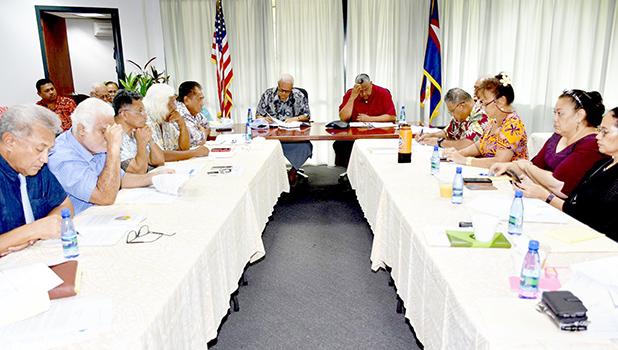 Source: NBC News
The remote U.S. territory lacks the ability to conduct its own tests on possible COVID-19 patients, fueling concerns it's ill-equipped to handle an outbreak.

Pago Pago, AMERICAN SAMOA — As the coronavirus was rapidly spreading across the continental United States last week, a person living thousands of miles away in American Samoa developed what appeared to be symptoms of the virus.

Health officials In the U.S. territory located deep in the South Pacific rushed to determine if its first potential COVID-19 case would turn out positive. But they had one problem: they couldn’t analyze the samples.

“There’s no way for us to test whether we have a case,” Iulogologo Joseph Pereira, executive assistant to the American Samoa governor and the head of the territory’s coronavirus task force, told NBC News.

Without a certified lab to handle testing, American Samoa tried submitting the samples to the nearest public health lab in Hawaii, some 2,300 miles away, officials said. After the patient didn’t meet that state’s testing criteria, the health department turned to its second quickest alternative — sending them more than 6,500 miles away to be examined by the Centers for Disease Control and Prevention in Atlanta. Six days later, the territory still doesn’t have the results, officials said.

The difficulties in getting test results for possible COVID-19 patients, experts say, underscore the vulnerability of the U.S. territory, home to 55,000 people who are largely cut off from mainland America.

“If they can’t get fast testing, they need to rely on other measures such as social distancing,” Karen Levy, a microbiologist and epidemiologist at Emory University, said. “It makes social distancing that much more important for them.”

American Samoa is one of only two jurisdictions among the nation’s 50 states, the five inhabited territories and the District of Columbia, that does not have the ability to test its own samples. It and the Commonwealth of the Northern Mariana Islands -- another U.S. territory in the Pacific Ocean -- must send their samples by commercial airline to labs in other parts of the mainland. But as air traffic decreases and case counts accelerate elsewhere, the territories worry delays could mean virus detection comes too late.

“In the absence of testing, any signs of fever or other symptoms associated with COVID-19 like cough and shortness of breath should be taken extremely seriously and should be immediately followed up by contact tracing and isolation,” Levy said.