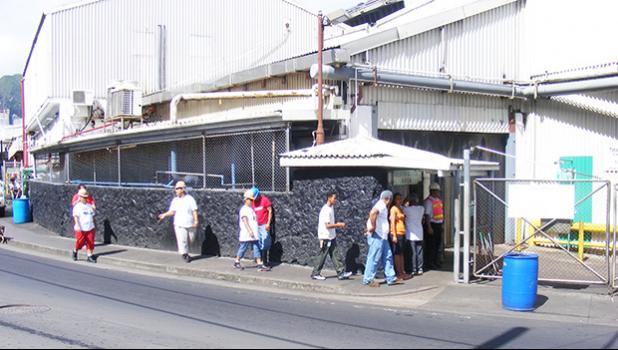 By
Fili Sagapolutele
fili@samoanews.com
… the thought of losing the largest economic drive … is simply unfathomable

A major concern is StarKist Samoa shutting down within five years if the tax credit is not made permanent, “dealing a major economic blow” to the territory, according to the governor.

The tax credit, which expired Jan. 1, 2018 was restored and extended until Jan. 1, 2021, was included in the federal tax extender package, attached to the federal Further Consolidated Appropriations Act of 2020 passed last December by Congress and signed by the US President.

In his letter, Lolo reminded leaders of the congressional committees that, unlike other US territories, American Samoa doesn’t enjoy the economic benefits of a robust tourism or the presence of a military installation.

Furthermore, the territory’s “remote location also makes it more expensive to do business from American Samoa than from other islands in the region or from Asia.” The ASEDC “helps us reduce this competitive disadvantage as we seek to attract more businesses to the territory,” Lolo points out.

In addition, the tax credit “is vitally important” to StarKist Samoa, the largest private employer in the territory, and “therefore, to the economic well-being of our territory, in general,” he said, noting that approximately 2,400 people work at the cannery.

“There is real concern that this facility could be shuttered in five years if this credit is not make permanent, dealing a major economic blow to those employees, their families and our territory,” he points out.  “As you can image, the thought of losing the largest economic drive in our territory is simply unfathomable.”

The governor then complained that the US Senate Joint Committee on Taxation “has scored [ASEDC] at less than $20 million per year,” which the governor argued is “a rounding error to the cost of tax credits accorded to other American territories and industries.”

“Weighing this minor expense against a very major economic impact that 30A tax credit has on American Samoa’s economy, I would respectfully ask that you look favorably on making it permanent before it expires... to provide long term stability and peace of mind to the people of our territory,” Lolo concluded.

After final congressional approval of the tax credit last December, StarKist Co., owner of StarKist Samoa, expressed appreciation to the US Congress as well as American Samoa leaders. It however noted that a “permanent extension” of the credit is needed “to reduce uncertainty and remain competitive.”

On the other hand, Chicken of the Sea International (COSI) — producer of Chicken of the Sea canned tuna — recommended last June to the US Senate Employment and Community Development Taskforce  that the ASEDC “should be left to expire permanently”, as it benefits only StarKist Inc., COSI’s major competitor.

At the same time, US Rep. Rick W. Allen of Georgia wrote to the same task force calling for the elimination of the ASEDC, which he argues, benefits only StarKist, competing with COSI, which has a plant in Lyons, Georgia.

COSI closed down its cannery operation in Atu’u in September 2009 and relocated operations to Lyons, Georgia.