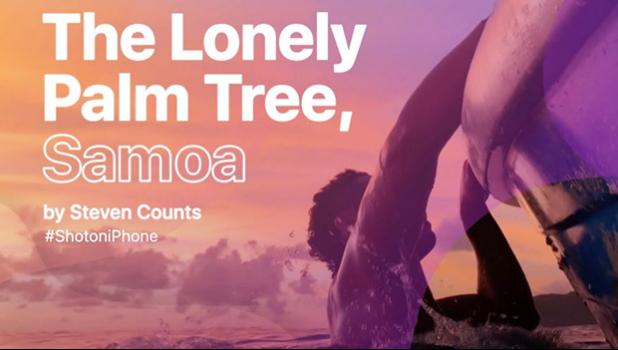 Pago Pago, AMERICAN SAMOA — Apple has added to its “Shot on iPhone” series with a new video focusing on 17-year-old athlete Eddie Siaumau from American Samoa who has accepted a scholarship to a NCAA Division I university.

Shared to YouTube on Sunday, the video is filmed on a small island nicknamed “Football Island,” which supposedly produces athletes who are around 56 times more likely to play in the NFL than Americans from anywhere else, a stat that Apple cites in the description of the video.

Shot using the iPhone XS, the three-minute film includes stunning shots of American Samoa, following Siaumau as he trains on the beach, in the gym, and more.