ASG makes a malaga to Manu’a — groundbreakings on the agenda 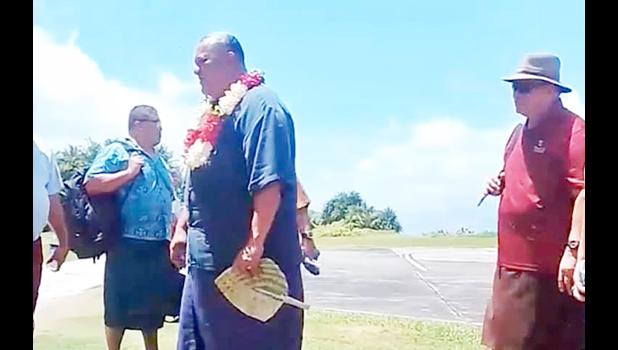 According to a press release companying them on the trip were Lt. Governor Talauega Eleasalo Va’alele Ale and and his wife Marian McGuire Ale, Chief of Staff Tuimavave Laupola and the directors of DOE, ASTCA, DOA, EPA, DPW, OP, HR, and DOC.  Each of these departments together with ASPA, DOH, and OPI were also expected to have appointed staff members traveling with them as well.

They traveled in three air charters.

This trip is to recognize the accomplishments that these directors have accomplished in Manu'a. The schedule of events was a groundbreaking of the Ofu Airport on Friday, March 26, followed by a groundbreaking ceremony on Sat. March 27 for the School Consolidation and The School Lunch Warehouse in Ta'u.

Other departments will continue to carry out their operations on the Manu'a islands and take the opportunity to have the Governor and Lt. Governor present to walk through the progress. This assessment of Manu'a will give the Administration good data and metrics to assist in developing future plans for Manu’a.

Travel charters are by DOE, DOH & Governor's office. Each respective department accompanying the Governor was responsible for the costs of their personnel.

The MV Manu'atele departed Wednesday night, March 24, 2021, with 50 government employees, including several directors and staff members. Other ASG employees that left on the Manuatele were returning residents who traveled to Tutuila to gather parts and parcels for their projects.

There will be no cabinet meeting in Manu'a as previously planned and it has been postponed until further notice due to a logistics issue.