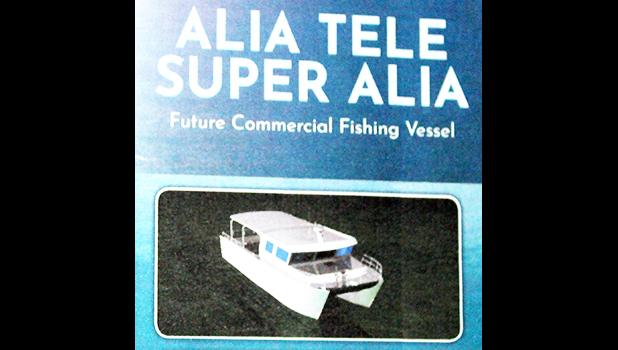 Pago Pago, AMERICAN SAMOA — The American Samoa government has taken another step forward to achieve its long awaited “super alia” or “alia tele” — project, with the issuance of a Request for Proposals (RFP) for the “Purchase of Four Fishing Vessels Constructed to Technical Specifications”.

The RPF was issued May 3rd and published that same date in Samoa News with the closing date of June 7th, no later than 2p.m. local time. The RFP Scope of Work outlining the proposal requirements is available at the Procurement Office in Tafuna.

Those in the fishing industry as well as lawmakers have been questioning the status of this project, and even the Senate held a committee hearing early last year to question the status of a super alia.

During a news conference last December, the ASG-DOC says this funding will go towards the “super alia” project, which ASG has touted over the previous two-and half years as the “future commercial fishing vessel” that can go further out at sea and stay out longer fishing than the current traditional alias.

As previously reported by Samoa News, the design for the “Alia Tele or Super Alia” was completed more than two years ago, thanks to funding from the US Department of Interior’s Office of Insular Affairs, and ASG and DOC continued to look at all federal resources to fund construction.

ASG-DOC announced last December that, the $4.4 million grant will fund the purchase of a small fleet of four modern and upgraded traditional-stylized commercial fishing vessels that will support the growth of the local fishing fleet.

DOC expected at the time that the procurement phase will occur in the first quarter of calendar year 2021. “This is where we hope to engage a boat builder, a well qualified boat builder to construct the super alia,” Territorial Planner at DOC, Mike McDonald told the news conference December. (See Samoa News edition Dec. 8, 2020 for details from the new conference.)