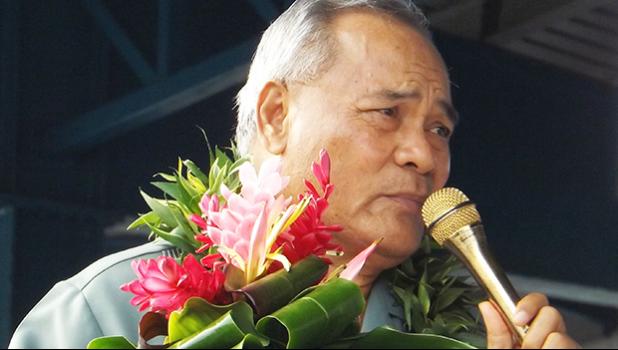 American Samoa government workers are getting an early Christmas gift — by way of their paychecks — because Monday is Christmas Day 2017, where American Samoa joins Christians around the world to celebrate the birth of Christ.

Local residents are also hoping for good weather, after a spate of storms and just wet weather over the last several weeks.

Monday is the actual ASG payday and Samoa News understands that employees using direct deposit are expected to receive their money in bank accounts by tomorrow morning.

Employees of some ASG departments and offices are hoping that “everyone working in ASG gets” their paycheck in time for Christmas because there have been several times where some employees didn’t get paid until after a special payroll run.

“This paycheck for all of us working in local government covers both Christmas and New Year’s Day, ‘cause the next payroll falls on the second Monday of January,” said two ASG employees interviewed by Samoa News yesterday morning.

Traffic was expected to be busy yesterday, after the expected release of the ASG payroll. Heavier traffic is slated for today especially around the Laufou Shopping Center. Some stores are expected to open Sunday after church services.

Many shops in the territory have stayed open longer hours since late last week and will continue to stay open later than usual today and tomorrow.  Grocery stores are reporting that they are prepared for the Christmas rush — and along with shops, they are banking on Christmas shopping to increase revenues.

Lolo has already declared Monday, Dec. 25 a government holiday. Therefore all government offices will be closed on this designated holiday and ASG employees working on that day will be compensated according to applicable laws and regulations.

The District Court will also be closed on Monday and anyone taken into custody tonight and throughout the three-day Christmas weekend, will spend the Christmas weekend behind bars, until the court opens for business next week Tuesday.

The majority of the territory’s businesses — including the three banks — will be closed Dec. 25.

At StarKist Samoa, production will shut down for three weeks instead of the usual end of the year two-weeks down-time. Not exactly good news for cannery workers who just saw a 5-week shutdown between late October to mid November.