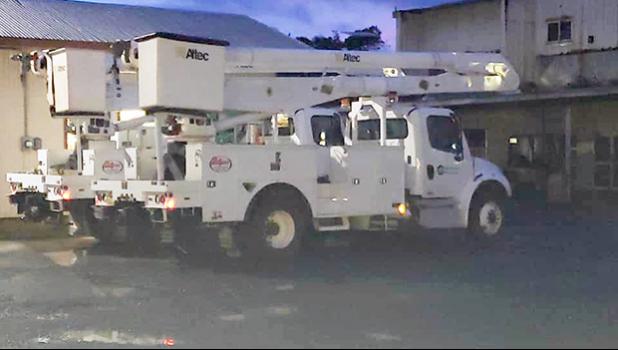 Pago Pago, AMERICAN SAMOA — At Tuesday afternoon’s briefing at the Emergency Operations Center, American Samoa Power Authority reports that there are now 11 individual families — down from the initial 25 — still without power due to damage on the customer side as crews continue restoration response to affected families.

ASPA expects to ship fuel to the island group during the ASG charter of the Samoa government owned Fotu-O-Samoa, scheduled to arrive today from Apia.

ASPA also reports that electricity has been restored to Olosega Elementary School and now all public schools are at 100% electricity and 100% with water.

The power authority reports that power has been fully restored to all islands and all ASPA Primary Lines that were damaged have been repaired and put back online. ASPA asked customers to contact its 699-1234 number to report any electric problems.

For private emergency shelters, Department of Human and Social Service reports that as of Tuesday, the only shelter, this with five households, is the Church of Jesus Christ of Latter-day Saints in Faleniu. Homes for these families were wet and they expected to leave the shelter by today.

And as of Tuesday, there are now seven homes on Tutuila that sustained “major damage”, which is described as homes with roof damages exposing living areas within the dwelling. And families are requesting assistance with structure repairs, according to the assessment report, which states that there were still calls from residents requesting