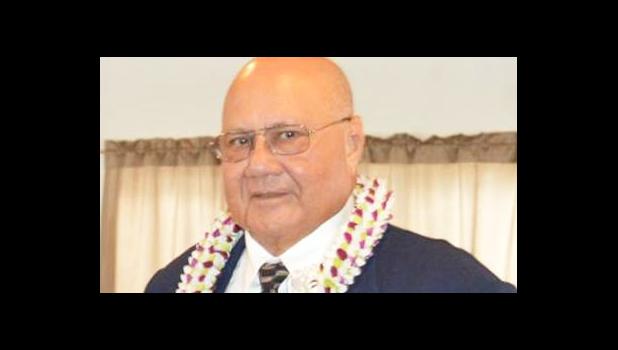 Heuter has no standing they say, and it is a moot point as churches no longer closed
By
Fili Sagapolutele
fili@samoanews.com

The federal defendants also requested that the court deny plaintiff’s motions for a Temporary Restraining Order and Injunctive Relief, and the Secretary of Interior has offered arguments in support of American Samoa defendants’ move to dismiss the complaint.

Hueter alleged in his complaint — first filed last December and amended recently — a violation of his civil and constitutional rights guaranteed in the U.S. Constitution based on local COVID-19 restrictions, which prohibited him and others from attending church services from 12-midnight to 5a.m.

Before addressing the complaint, the federal defendants noted, “American Samoa’s restrictions have been lauded by many as they have resulted in American Samoa having only a handful of confirmed COVID-19 cases during the pandemic—all of which were crew members aboard incoming ships.”

The federal defendants — represented by the US Attorney’s Office in D.C., noted that like many state and local government leaders, the territory’s governor — since March 2020 — had issued declarations that impose certain limitations and restrictions on life in American Samoa to stop the spread of the deadly COVID-19 pandemic.

Plaintiff alleges that the Chief Justice verbally directed Plaintiff saying, “Do Not Go To Church” at that hearing. Plaintiff asserts that the “unconstitutional verbal order was relating to plaintiff’s requests for relief from being deprived of his ability to express freedom of peaceful and peaceable assembly and freedom of religious at the Samoan Unity Christian Church in Iliili after 9PM and before 5AM.

For the Acting Interior Secretary, plaintiff alleges that the Secretary is liable for the actions of the other Defendants — current and former ASG officials — by virtue of his plenary authority over American Samoa, according to the defense.

He seeks injunctive relief as well as compensatory and punitive damages.

The federal defendants argued that plaintiff’s claims should be dismissed because plaintiff “cannot establish Article III standing to sue”. The defense cited a 1984 federal court ruling that, “Article III of the Constitution confines the federal courts to adjudicating actual ‘cases’ and ‘controversies.’”

The defendants argued that plaintiff “vaguely asserts” that the Jan. 30, 2021 COVID-19 declaration prohibits him from being able to assemble and express his religion “at or near” his church between the hours of 9pm or midnight and 5am, but does not allege any specifics about what services he has been precluded from attending, or how he has sought to practice his religion during those hours.

“In sum, plaintiff has failed to plead a particularized injury sufficient to establish Article III standing,” the defense said.

Even if plaintiff could establish standing, the defense argued that his claims would also fail because the issuance of the Feb. 19th declaration — which allows religious services 24/7 — has rendered this issue as  “moot”.

Accordingly, plaintiff’s case is moot, and this court lacks jurisdiction over this action.

According to the defense, claims against the Acting Secretary also fail because there has been no waiver of sovereign immunity.

“It is axiomatic that the United States may not be sued without its consent and that the existence of consent is a prerequisite for jurisdiction,” the defense said citing a 1983 federal case.

In order to sue the United States or a federal government agency, a waiver of sovereign immunity “must be unequivocally expressed in statutory text,” according to the defense, citing a 2005 federal case.

“Nor are Plaintiff’s claims against Chief Justice Kruse in his official capacity any more successful,” the defense team points out, noting that although the chief justice is an employee of the U.S. Department of the Interior, he acts in a territorial capacity in his role as Chief Justice, and conducts all of his official acts in American Samoa, not in Washington, D.C.

Moreover, this Court lacks personal jurisdiction over Chief Justice Kruse due to the lack of “a sufficient connection between the defendant and the forum State to make it fair to require defense of the action in the forum,” the defense further argued citing a quote from a 1978 federal case.

Here, the Chief Justice resides thousands of miles from Washington, D.C., and nothing suggests that he transacts business within this District. In fact, the defense argued, the plaintiff specifically asserts that all of the relevant acts complained of in the Amended Complaint occurred in American Samoa.

With respect to Plaintiff’s seeking compensatory and punitive damages, it is beyond dispute that “suits for damages against the United States under . . . the Constitution are barred by sovereign immunity”, the defense argued, and cited a quote from a 2010 federal case.

“Sovereign immunity protects not only federal government agencies, but also government employees sued in their official capacity,” the defense points out.

The defense contends that plaintiff has not established the necessary prerequisites for the issuance of this “extraordinary and drastic remedy”. Additionally, plaintiff cannot demonstrate entitlement to injunctive relief.

And even assuming that Plaintiff had shown he had suffered particularized harm from the restrictions in place due to the Jan. 30th declaration—which he has not— given the superseding Feb. 19th declaration, plaintiff cannot demonstrate irreparable harm sufficient to support emergency relief, according to the defense.

Although the “federal government counsel does not represent the American Samoa defendants” — who are represented by private law firm — the “United States submits the following in furtherance of its interests in this action,” according to the filings.

“Specifically, the United States notes the same arguments with respect to Chief Justice Kruse in his official capacity apply to the American Samoan Defendants,” the defense said.

For example, as a United States territory, American Samoa is not a “person”, according to the federal defendants’ response motion filed in court by Assistant US Attorney Katherine B. Palmer-Ball.