Barlow’s attorney files for dismissal of lawsuit against Interior Secretary 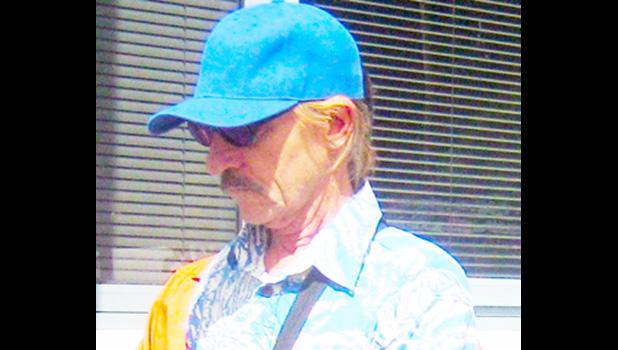 (PRESS RELEASE) — James Glenn Barlow has decided to dismiss his habeas corpus action against the U.S. Secretary of the Interior in Washington, D.C.  In this litigation Barlow complains he was wrongfully convicted for sexual acts with teen-aged boys and that his trial was unfair because of a number of constitutional errors.These include personal and sexual orientation bias by a prosecutor and non-disclosure of exculpatory evidence of denials of sexual misconduct by the teenagers. Barlow was granted a parole in October of 2020 after more than 8 years in prison and is now living in California.

A verified stipulation of dismissal was filed with the U.S. District Court for the District of Columbia on January 16th, 2021.  Once the stipulation is approved by Judge Emmett Sullivan Barlow's nearly 4 year journey through the federal courts will be concluded.

The decision to file the dismissal was based on a number of reasons.

Mr. Barlow is also cautiously optimistic about the new governor in American Samoa.  Barlow's application for a Pardon from the Governor remains pending and we hope he will give it his favorable consideration.  A pardon would resolve all issues between Mr. Barlow and the American Samoa Government.

Mr. Barlow is willing to afford the new Secretary of the Interior and the new Governor sufficient time to familiarize themselves with the particulars of his case.  At the same time he recognizes the federal court can not postpone the habeas proceedings indefinitely while that happens.  The proceedings have already been delayed for many months as the Covid-19 pandemic rages on.

Mr. Barlow continues to deal with serious life threatening medical issues.  As he does so his financial ability to finance this litigation has been negatively impacted.

This dismissal is without prejudice.  This means Mr. Barlow may re-file the petition if he is not afforded appropriate relief.  He has one year to re-file the lawsuit.  He will use the time to recuperate and improve his health and communicate with federal and territorial officials.  At the same time he will gather his resources and prepare to resume the litigation to clear his good name and reputation. Hopefully, he will not need to re-file the habeas petition.  We will see.

The extraordinary circumstances facing our nation at this time also played a large part in Mr. Barlow’s decision to dismiss his petition. We have all taken notice of the dedication of the U.S. Attorney for the District of Columbia in defending the very foundations of our democratic republic. A grateful nation applauds his efforts to prosecute those responsible for the violent assault on our capitol on January 6th, 2021.  It appears he and all his attorneys will be needed for that somber task.  Mr. Barlow does not wish to distract any of them from those essential duties.