Barlow’s case against Interior Secretary continued to next year 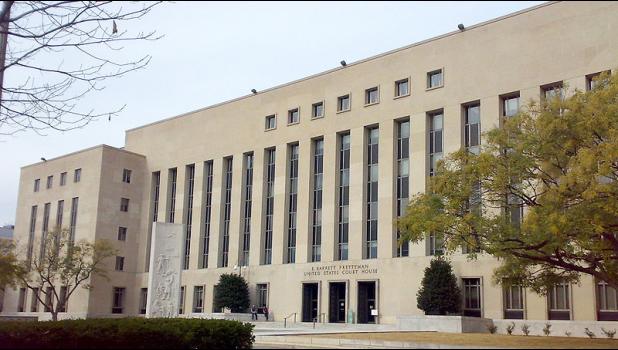 Incoming admin will be appointing a new DOI head
By
Fili Sagapolutele
fili@samoanews.com

Washington, D.C. — A federal judge in Washington, D.C. has continued to early next year the complaint filed by former Territorial Correctional Facility inmate James Barlow against the US Secretary of Interior, as the incoming Administration in the nation’s capital will be appointing a new Interior Secretary.

This is according to the Joint Status Report filed Dec. 15th by attorneys representing Barlow and Secretary of Interior David L. Bernhardt.

Barlow’s defense attorney in the U.S., Bentley Adams III had hoped that Gov. Lolo Matalasi Moliga, would have granted prior to Dec. 15th, Barlow’s application for pardon and commutation of sentence — as outlined in his Nov. 30th letter to the governor.

However, the Status Report, shows that the request to the governor remains pending, while four local residents have joined 14 US residents, in urging the out-going governor to grant Barlow’s application, which was first filed a few months ago.

Barlow, currently residing in California after being paroled in October this year by the American Samoa Parole Board, had also appealed directly to the governor for a pardon. (See Samoa News edition Dec. 15th for details.)

In the Dec. 15th status report, the court was informed that attorney for Barlow — the petitioner — in a Nov. 30th letter shared with the governor “some information in the case record and some not previously available.”

And this included, according to the status report, a recent on-line posting in the local newspaper by a person only identified as “Tuavela” in which the author stated, “My best buddy happily married with 3 kids now is one of the victims and he says nothing ever happened.” Furthermore, the petitioner is in the process of attempting to locate “Tuavela”.

The defense’s Nov. 30th submission to the governor includes two affidavits, including one from the local former assistant public defender who raised questions about the prosecutor. (See Samoa News edition Dec. 2nd for details.)

The status report also points out that territorial and federal elections have concluded. It states that American Samoa’s current governor will complete his term in January when the new governor is inaugurated.

Regarding the COVID-19, the report notes that like the rest of the nation, American Samoa continues to feel the effects of the worldwide pandemic. It says that the territorial government has been occupied with COVID-19 related matters including the repatriation of citizens stranded off island during the emergency and providing additional transport out of the territory for citizens suffering from medical conditions for which adequate treatment is not available in American Samoa.

“One of the stranded persons is the governor’s counsel,” according to the report. “Possibly, as a result of this continuing distraction, the Governor has been unable to confer with his counsel or the incoming governor to reach a decision on petitioner’s application for a pardon.”

Adams — Barlow’s US based attorney — tells the court that his calls and emails from the undersigned to the Governor, his counsel, and the territorial attorney general’s office, to ascertain the status of the governor’s review have so far gone unanswered.

According to the status report, the petitioner continues to hope he can file a stipulated dismissal in this case in the very near future and believes further negotiations are worth pursuing. Accordingly, “petitioner requests another extension of time to continue his investigation and discussions with officials in American Samoa and to allow the Governor and the incoming Secretary of the Interior additional time to confer with other interested parties and carefully consider petitioner’s request for a pardon.”

The legal team, representing the Secretary of Interior, has no objection and both sides asked the court for additional forty-five days — until February 1, 2021 to confer on this matter — which was granted last week by the federal court.