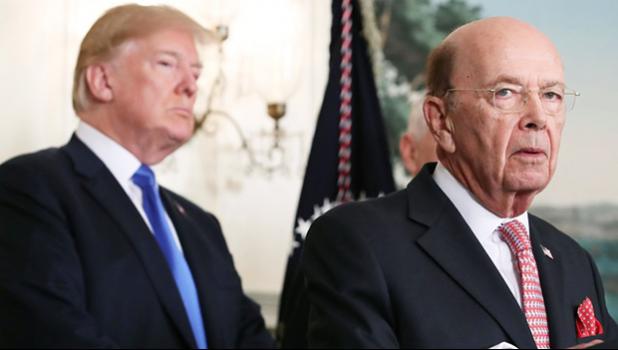 On Thursday, the Census Bureau sent Congress a complete list of the questions it plans to ask on the 2020 decennial census. The preview included the bureau’s new citizenship question, which may suppress the response rate in immigrant communities and provide states with data that could allow for a novel and insidious form of gerrymandering. But the question has another flaw: It leaves out an entire category of Americans.

Douglas Mack, author of the excellent book The Not-Quite-States of America, points out that there are two problems here. First, the question implies that the territories are not part of the United States, which is obviously untrue. Second, it entirely excludes U.S. citizens born in American Samoa. This category comprises thousands of people, including Rep. Tulsi Gabbard of Hawaii. It seems they will simply have no correct box to check.

Some background: Individuals born in American Samoa, a U.S. territory, are not given birthright citizenship. Instead, they are considered U.S. “nationals.” But, again, U.S. citizens can generally pass along citizenship to their children no matter where they’re born. So when a citizen has a child in American Samoa, that child can immediately acquire citizenship.

What box should these people check on the 2020 census? Not “born in the United States,” since the question excludes those territories from the U.S. But they weren’t born abroad, either, nor were they naturalized. Instead, they were born in a territory of the U.S. that the census drafters appear to have forgotten about. Unless the question is modified, they will go unrepresented.

It’s also disconcerting that the question includes no option for American Samoan “nationals.” Presumably, these people would have to signify that are not U.S. citizens. But that doesn’t seem quite right, because they are still Americans: They hold American passports—with a stamp identifying them as “nationals”—and join the U.S. army; indeed, American Samoa has the highest rate of military service per capita in the entire United States. They also elect a non-voting delegate to the House of Representatives. American Samoans are different from all other non-citizens, including lawful permanent residents. The best description of their status is probably second-class citizenship.

It’s unsurprising to the see the Trump administration ignore everyone born in American Samoa; the Justice Department has already taken an aggressive stance against the voting rights of territorial residents. But the administration will soon have to settle on a coherent defense of American Samoans’ legal status: On Tuesday, Equally American, a territorial rights nonprofit, filed a federal lawsuit challenging the federal government’s refusal to extend birthright citizenship to those born in the territory. The 14th Amendment extends citizenship to “all persons born or naturalized in the United States,” and in 1898, the Supreme Court held that Congress cannot limit this guarantee by statute. “The Amendment, in clear words and in manifest intent, includes the children born, within the territory of the United States,” the court explained.