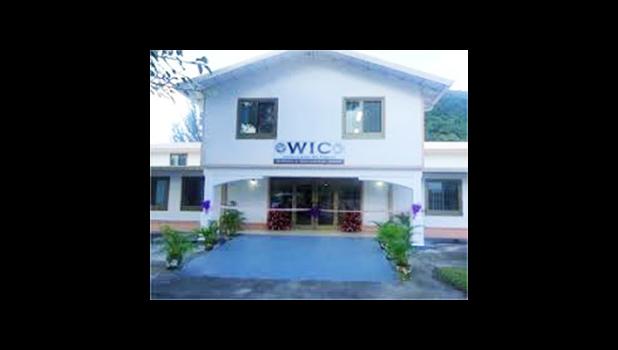 Pago Pago, AMERICAN SAMOA — The Project Manager of the Center for Families of Individuals with Developmental Disabilities (CFIDD) has strongly denied an allegation that the organization has engaged in a scheme where CFIDD received federal funding to pay for services the organization never provided.

A file containing several documents was circulated in the House chamber last week that allegedly reveals that CFIDD, a non profit organization that has been inactive for many years has continued to receive grants from the American Samoa Development Disabilities Planning Council (ASDDPC), a division of the DHSS, to fund several projects and services that were never provided for the community. (See Wednesday’s issue for details.)

“CFIDD was never engaged in such a scheme where we received funding for services that we never provided,” Nellie Faumuina said during an exclusive interview with Samoa News at her office in Utulei on Tuesday afternoon.

According to Faumuina, she is currently the head of the CFIDD and also the Director of the Women, Infants and Children program (WIC), a division of the DHSS. She explained that CFIDD has provided services for families of individual with developmental disabilities for over 20 years.

CFIDD started with about ten employees at the main office in the Tafuna area, however, the staff was reduced to 3 due to the limited funding they received to fund certain projects and services.

She said that all funding CIFDD received was for the services they provided according to their agreement with the ASDDPC.

“One of our many roles is to increase public awareness of the special needs of people with developmental disabilities” and “to provide training and technical assistance to owners and operators of aiga buses and owners and caregivers in daycare providers to increase their awareness and sensitivities to the special needs of children and adults with developmental disabilities,” Faumuina said.

According to the CFIDD director, none of their services and training was provided during government working hours.

Faumuina confirmed that it was before the end of last year when CFIDD’s services were put on hold after they were told by the former administration to vacate the government premises they occupied in the Tafuna Industrial area because there were repairs that needed to be done.

Currently, CFIDD no longer has a business office where the community can access assistance. Instead CFIDD is headquartered at Faumuina’s house in Pago Pago and families of individuals with developmental disabilities can go there for more information.

When asked whether CIFDD ever received funding after 2019, Faumuina responded, “No, the last funding CFIDD received from DDPC was 2019.” She further stated that $40,000 is the highest amount CFIDD ever received.

When asked about these funds, Fuimauina looked shocked and said, “I have no idea where those funds went because CFIDD never received such funding.” She also says that she wants to see the documents with her own eyes before she can make a decision whether the documents are accurate or not.

With technology today, Faumuina believes that anybody can create false information to make someone look bad in the eyes of the world and she has a feeling that the allegation against her and CFIDD is not only personal, but political.

Speaking about her passion to offer her services specifically for families of individuals with developmental disabilities, Faumuina said she’s not getting any pay for her service as the head of the CFIDD. She did say at one time she received about $300 from the CFIDD for her services.

When asked if she recalled receiving such a huge amount of pay recently, Faumuina replied, “I don’t recall receiving any amount of pay like that, like I told you, I’m offering my service for free for families of people with disabilities because my late brother was one of them and I know exactly how families members feel while dealing with their loved ones with disabilities.”

For the highest amount of funding CFIDD received from DDPC for their services which Faumuina says was $40,000 in 2019, documents do show that in September of 2019, a project manager for the CFIDD, who is also a DHSS employee, requested grant funding from ASDDPC to support two projects within the organization.

At the time, DDPC reviewed the request and CFIDD’s proposal was approved and awarded $40,000.00 to continue to provide assistance to families of individuals with developmental disabilities.

Faumuina explained that the partnership between CFIDD and DDPC has been going on for many years and during the time of previous directors.