Chief of Customs steps down 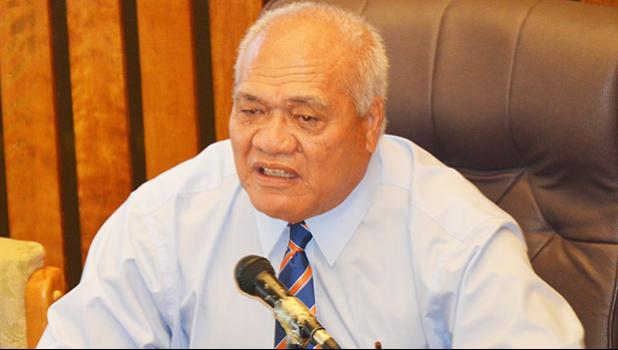 Chief of Customs, Moetulu’i Sipili Fuiava has taken up another position within Treasury Department and no longer heads the Customs Division, according to a Mar. 28 memo from ASG Treasurer Uelinitone Tonumaipe’a.

As of late yesterday afternoon, the search continues for a new Chief of Customs and no decision has been made on who will fill the post.

According to Tonumaipe’a’s memo to Customs Division personnel, after three years of service, Moetulu’i “has stepped down” effective Mar. 28 — the same date as the memo — and has accepted another position within Treasury. Tonumaipe’a didn’t provided additional information on Moetulu’i’s new position.

On behalf of Treasury, “We wish to thank... Moetulu’i for his service and leadership and we wish him great success on his new role to support the work and efforts” of Treasury, said Tonumaipe’a, who added that a permanent replacement for Chief of Customs will be assigned shortly.

In the interim, said Tonumaipe’a, any questions should be directed to Deputy Treasurer Keith Gebauer until a final assignment is made.

ASG officials told Samoa News that as of yesterday afternoon the recruitment process for a Chief of Customs is still ongoing and no final selection has been made. They also say that Tonumaipe’a is expected to issue a statement, when a permanent replaced is finalized.

The former chief of customs was recently in the news concerning issues such as his letter this year to some local vendors that Customs would soon levy the 5% excise tax on incoming cargo, using CIF (cargo, insurance and freight) value, instead of FOB (cargo only) value. Moetulu’i in his letter said, it was “in line with the annotated code of American Samoa,” while the private sector said it was not. The Treasurer, a couple of days after the story broke in the news, rescinded Moetulu’i’s decision.

Moetulu’i has also made the news concerning the scanning fees, which are set to go in affect Apr. 3 — this Monday.