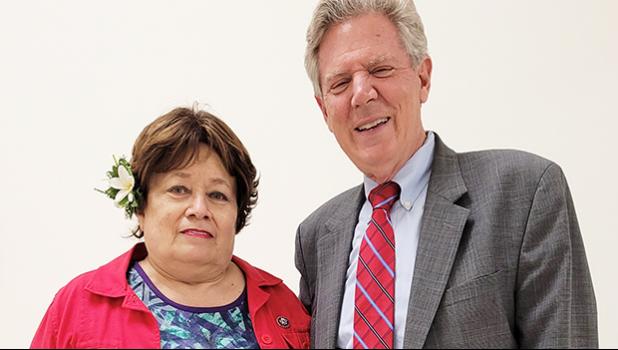 Washington, D.C. — Congresswoman Uifa’atali Amata welcomed passage Wednesday by the full House Energy and Commerce Committee of legislation to establish key Medicaid funding for American Samoa for eight years. The bill next moves on for consideration by the entire House of Representatives. Congresswoman Amata is an original cosponsor of this bill, introduced just this month, to preserve the nation’s best non-emergency federal matching rate (FMAP) at 83 percent for American Samoa. In disaster scenarios, that federal share can be raised higher for temporary emergency purposes. The bill is titled the Supporting Medicaid in the U.S. Territories Act of 2021, H.R. 4406.

“Our people rely on federal Medicaid assistance for health services, and this bill establishes a good policy for years to come,” said Congresswoman Amata. “Under this plan, our Territory can make decisions knowing this steady federal rate is in place and dependable.”

In 2019 legislation, the insular Representatives and the Territorial governments worked together as to take the significant step from a standard 55 percent rate to the 83 percent, which started in 2020. This bill extends that stability for eight years for American Samoa, Guam, the Commonwealth of the Northern Mariana Islands, and the U.S. Virgin Islands. Puerto Rico, with its larger population, would have funding established at 76 percent for five years. Upon final passage, this bill would prevent an upcoming deadline, described as a “fiscal cliff,” currently set for September 30, 2021.

Since introduction this month, the bill has moved quickly with the combined support of the Representatives from the five territories, Energy and Commerce Committee Chairman Frank Pallone and Ranking Member Cathy McMorris Rodgers, and Health Subcommittee Chairman Darren Soto and Ranking Member Gus Bilirakis, the Subcommittee where the bill started.

Congresswoman Amata testified before the Energy and Commerce Committee earlier this year to gain additional support for American Samoa’s Medicaid program and the related modernization needs of LBJ Tropical Medical Center. Amata also remains an original cosponsor of the Insular Areas Medicaid Parity Act, a bipartisan bill which would lift the caps entirely for the four smaller island territories, a principle that Congresswoman Amata supports.

Establishing the 83 percent rate for multiple years would still allow the possibility of emergency rates during disasters. For instance, the federal match is currently even better at 89.2 percent due to COVID-19. Similarly, the Territory’s match requirement was temporarily waived following the Storm Gita disaster. However, codifying the 83 percent ensures the highest long term federal match under the statute in any state or territory, and prevents the territories from facing any sudden unexpected loss of Medicaid match funding.