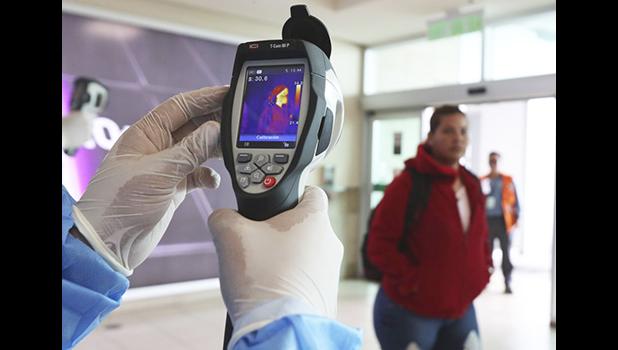 Pago Pago, AMERICAN SAMOA — LBJ Medical Center’s has a plan for American Samoa’s response to the coronavirus, including use the Behavioral Health Center at the LBJ compound to isolate and treat patients, says hospital chief executive officer Faumuina John Faumuina, who stressed that affective border control can protect the territory from getting its first case of the deadly COVID-19 virus.

Last Friday, the World Health Organization upgraded the risk level from the virus to “very high” as it continued to spread around the globe, according to The Associated Press, which also reported Saturday the first virus death in the US in the Seattle area of Washington state and the first confirmed case in New Zealand.

This latest development in Washington state, where there are two other confirmed cases, is expected to raise more concerns from territorial health officials as there are a lot of Samoans — with ties to American Samoa and Samoa — living in Seattle and other areas of Washington state.

As of yesterday morning, the AP tally — based on data from countries and WHO, shows that coronavirus has infected more than 87,000 people globally and caused nearly 3,000 deaths.

With no vaccine or cure, territorial leaders and health officials have stepped up plans to prepare American Samoa to combat the spread of the virus to our shores, with an ASG task force appointed by the governor to provide in with the next few days a complete report of the government-prepared response plan. (See last Friday’s edition for details).

Speaking at last Wednesday’s cabinet meeting, Faumuina said the hospital’s coronavirus plan, which has since been presented to the task force, was adopted on Feb. 3rd.

Discussions between management and LBJ medical personnel, including chief medical officer Dr. Iotamo Saleapaga, started immediately after word that the virus was spreading, so the territory’s only hospital has in place how to respond if American Samoa gets a confirmed case.

In the discussions and response efforts, Taufete’e said Dr. Saleapaga and the medical staff recommended and included in the hospital’s coronavirus plan, converting the 10-bed unit Behavioral Health Center to isolate and treat coronavirus patient away from the hospital’s medical wards to prevent the further spread of the virus to others, and also to calm any fears and concerns that will be raised by patients in other hospital wards.

And if there is a spike in the number of infected patients, LBJ will order specialized medical tents to be erected at the hospital compound for more patients, he said, adding that LBJ stands ready to respond to an outbreak and also work with other ASG entities.

Taufete’e points out that additional funding will be needed by LBJ when American Samoa reaches this stage.

Faumuina said the “key” to combating the spread of this deadly virus to our shores is “preventive” measures, which is the responsibility of the Health Department, as the frontline agency. He said LBJ continues to work closely with DoH and has also offered recommendations.

He said strict monitoring and control of territorial borders — a task DoH has been doing very well — is and should remain a priority.

Hawaiian Airlines issued its own advisory on Feb. 13th regarding the territory’s DOH travel advisory enforcing measures to prevent the spread of the coronavirus to American Samoa.

The airline’s advisory was dispatched to all its stations summarizing the DoH Feb. 7th travel advisory that all passengers who have been to or transited through foreign countries with confirmed cases of the coronavirus on or after February 1, 2020, must spend at least 14 days in Hawai’i and must present a health certificate dated no more than 3 days prior to travel certifying that they are free of any signs of viral infection prior to being accepted for travel.

Additionally, passengers who have not been in Hawai’i for at least 14 days and do not have a health certificate dated no more than 3 days prior to travel certifying that they are free of any signs of viral infection must be denied travel.

The governor’s executive assistant, Iulogologo Joseph Pereira told Samoa News last Friday that Hawaiian’s advisory, was the result of Gov. Lolo Matalasi Moliga’s letter, which includes the DoH travel advisory and the State of Emergency Declaration, to the airline’s president and CEO, Peter Ingram.
Following up to the governor’s letter, Iulogologo along with ASG consultant Muliufi Hannemann met recently in Honolulu with Ingram and other senior Hawaiian officials. Iulogologo describes the meeting as “very productive and responsive demonstrating Hawaiian Airlines equal concern over the threat to the lives of our people and its clientele.”

Iulogologo said that Ingram “expressed his commitment to work closely with our government to do the necessary to contain the spread of the Coronavirus as well as preempting the spread of measles.”

“The request was made for full transparency, open, and collaborative collaboration to ensure that the message issued to the traveling public is unified and clear to minimize public confusion which spurs frustration,” said Iulolologo from Honolulu of what occurred during the discussion.

The airline also requested ASG to provide ample lead time for Hawaiian “to filter and amend its existing travel advisory.” Additionally, Hawaiian also made known that it must also comply with all US Center for Disease Control and Prevention as well as Hawai’i state Health Department pronouncements, which will also apply to travelers to and from American Samoa.

“We appreciate very much [the] seriousness with which Hawaiian Airlines is embracing these health issues: Coronavirus and Measles,” Iulolologo said.

At last Wednesday’s cabinet meeting, DoH gave a briefing on both the measles and coronavirus. It also noted the cooperation of Hawaiian Air with local travel requirements.

DoH shared “challenges” in dealing with the coronavirus and this includes the fact that there is no cure or vaccine. Additionally, LBJ/DoH is unable to test the virus locally and will depend of the US Centers for Disease Control and Prevention headquarters in Atlanta, Georgia — thousands of miles away in the US mainland — to conduct testing.

However in a new development, CDC announced last Friday it was sending test-kits to states for coronavirus. Health officials in Hawai’i also announced Friday that the previous CDC test-kits which were initially thought to be defective, can now be used — based on a CDC update.

American Samoa has reached out to the Hawai’i state health department to test samples from the territory.

Another challenge, cited by the local DoH presentation, is the worldwide shortage of personal protective equipment (PPE) supplies, which protects workers and individual residents, from those affected by the virus.

DoH said it has reached out to its global partners, including the World Health Organization (WHO), for expedited assistance.

Also a challenge for American Samoa is the safety and welfare of medical personnel and other health staff, who will be dealing directly with those infected with the virus.

As for the measles outbreak, DoH said the American Samoa tally remains with 16 laboratory confirmed cases with the last case seen at LBJ on Jan. 27th.
DoH said it continues to conduct health screening at the seaport and airport — with an increase in the number of staff on the nights of Hawaiian’s flights on Mondays and Thursdays. It also remains in close contact with LBJ and CDC.