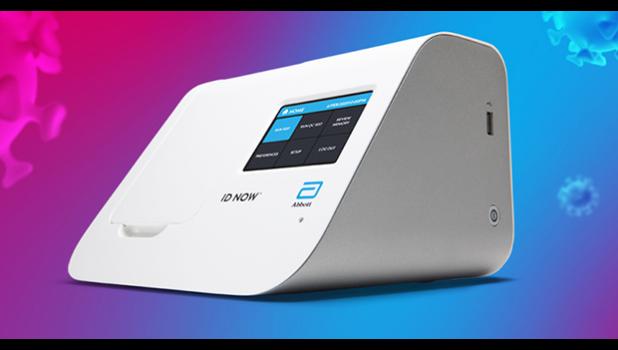 Now what’s needed is protocol to prioritize who gets tested
By
Fili Sagapolutele
fili@samoanews.com

Pago Pago, AMERICAN SAMOA — Health Department and LBJ Medical Center are working on a protocol to prioritize who is to get coronavirus tested with the Abbott rapid testing machine and coronavirus test-kits that are now on island, according to ASG’s COVID-19 Task Force chairman Iulogologo Joseph Pereira.

Health director Motusa Tuileama Nua revealed at Sunday’s task force meeting — aired late Sunday night on KVZK-TV — that the test machine and test kits had arrived on island on last Friday’s cargo flight from the US Centers for Disease Control and Prevention (CDC).

He said the machine arrived along with 216 test kits and 216 swaps — which now brings a total of 306 swaps in the territory. He explained that DoH has requested more test kits.

For the testing machine, he said DoH’s Dr. Aifili John Tufa and DoH laboratory personnel are working on getting their DoH certification done as soon as possible while physicians at DoH and LBJ are working on a protocol on who is to be tested under this first shipment, due to the limited amount of test-kits currently on island.

Gov. Lolo Matalasi Moliga responded that if that’s the number of test kits received, they should be returned. He informed Motusa and LBJ chief executive officer, Faumuina John Faumuina to work on getting more test kits.

Motusa explained that a supplemental grant of $740,000 for COVID-19 response would be used to secure additional supplies.

Dr. Tufa noted that they are working on prioritizing who is to be tested based on established criteria — it’s “best for us to find out who has symptoms of the virus to be tested.”

(Dr. Tufa told a task force meeting earlier this month that criteria for who is to be tested for the coronavirus has already been established and shared with LBJ. See Samoa News edition Apr. 8th for details.)

Responding to Samoa News follow-up inquiries, Iulogologo said the “issue of prioritizing those to be tested was discussed” at Sunday’s meeting now that the Abbot Rapid testing machine is on island. Furthermore, DoH and LBJ “will work on a protocol creating a priority listing of who should be tested.”

“The need to ascertain more test kits was discussed as well and the assistance of the Federal Emergency Management Agency (FEMA) was solicited to ensure prompt receipt of more testing kits.”

At the Sunday meeting, Iulogologo asked FEMA official, Holly Fuller what FEMA can do to get more test-kits, especially with the equipment now on island. Fuller, who was dispatched to the territory more than three weeks ago by FEMA, responded that the CDC has the ordering system for re-agents to be used for test kits is expected to be operative on Friday, so the territory can now place their orders. She says they have put in an order of 180 swaps every two weeks for DoH and LBJ

Samoa News reported last week that LBJ has received its machine to test COVID-19 samples on-island, and were working on securing test-kits from a company in California as well as completing the “negative pressure” unit to house the machine at LBJ. (See Samoa News edition Apr. 7th for details.)

At Sunday’s meeting, Faumuina explained that LBJ is working with the California company to order test-kits from South Korea but it has to be approved by the US Food and Drug Administration (US-FDA).

For the unit to house the machine, he said LBJ is already working on this and is awaiting parts. He believes that by the time the test-kits arrive the negative pressure room unit should be ready.

Motusa also said that all those who have been held in designated DoH quarantine facilities are now released.

He explained that one of the two 10-units behind the Tafuna Community Health Center is 90% complete and DoH will be moving in equipment and furniture to furnish this facility. And DoH and LBJ will work on the best way to use this facility at this time. For example, it could be used to house those who are waiting for test results.