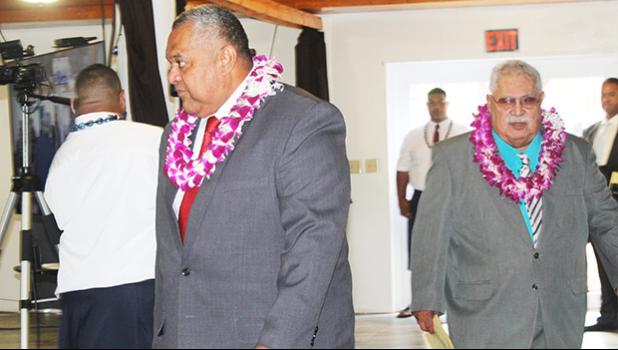 Pago Pago, AMERICAN SAMOA — As of Dec. 01 this year, the Lemanu-Talauega Administration ended COVID-19 Emergency Declaration restrictions, but says that residents and visitors in American Samoa should comply with the health advisories issued by the ASG Health Department.

“The Covid-19 Task Force has been engaged in discussions with Federal partners on a path toward long term recovery,” the Administration says in a statement released by the Governor’s Office after 3p.m. last week Thursday.

During the peak of the COVID-19 global outbreak, the previous Lolo Administration issued the first emergency declaration in March 2020 that included restrictions on entry into the territory.

The declarations were continued by the current Administration, which was forced to place more restrictions for local residents, as the first case of COVID-19 was confirmed on Feb. 21 this year.

As the number of positive cases declined drastically around May this year, local restrictions were lifted, and later, so were entry requirements into the territory.

“As a result of the rigorous efforts of our healthcare workers, American Samoa’s pandemic response has saved thousands of lives,” according to the Administration’s statement.

It also points out that a total of 8,264 COVID cases have been recorded in the territory, with 8,229 that have recovered. Furthermore, American Samoa has a ‘fully’ vaccinated population of over 85%, and 91% of the population has at least one shot.

(Samoa News notes that: not mentioned in the Administration’s statement is that as of early last week, COVID-19 related deaths remain at 34 — which has been the same number for several weeks.)

“American Samoa’s Covid-19 response has been guided by science and data-driven recommendations from the medical community in order to implement multiple phases of the operation strategically,” Gov. Lemanu P. S. Mauga said, adding that the emergency declarations were “a tool to communicate rapidly evolving data and Covid-19 policies to the community.”

“Our Covid-19 response would not have been possible without the painstaking efforts of our healthcare heroes, numerous Federal and Territorial partners, and support of the community,” the governor said.

According to the Administration, current data suggests that while the virus is still circulating at a very low level, the territory is still not in the clear.

Vaccines, boosters, testing, treatments and other mitigation measures remain available for the continued safety and well-being of the territory.

And the Administration “highly encouraged” that the public continue to take the following precautions: Wear a mask; Clean and disinfect; Clean and wash your hands often with soap and water; and Avoid close contact with someone who is sick.

Two health officials told Samoa News last Friday afternoon that these preventive measures are also very important at this time due to an increase in respiratory cases seen at LBJ Medical Center, which last week reinstated mask wearing and social distancing following an uptick of these cases seen at LBJ.

The new Traveler Declaration platform is online at: https://travelerdeclaration.as.gov