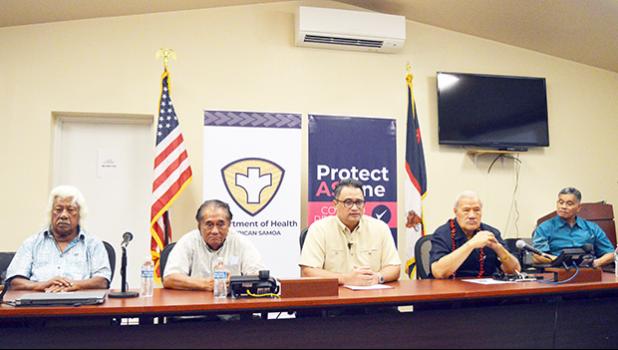 Pago Pago, AMERICAN SAMOA — The Task Force would like to clarify a misnomer that the Task Force would be “re-opening the borders” between the mainland USA/Hawaii and American Samoa and a growing assumption that there will be no travel restrictions in the coming months. The discontinuation of the ASG’s repatriation efforts will result in a turnover of commercial booking to Hawaiian Airlines but does not necessarily mean an immediate return to the twice-a-week pre-covid flight schedules.

Public health experts in the Task Force have continued to emphasize that we are still in the midst of a pandemic. Despite some improvements and relaxed restrictions across the country in recent months, the delta variant has led to concerning reports of surges in new cases and hospitalizations across nearly every state in the country. Nearly all of those are among the unvaccinated in what many covid-19 experts are dubbing a “pandemic of the unvaccinated”.

Local epidemiologists have long continued to stress that “vaccinations are our best line of defense from the pandemic.”

The Department of Health provided a brief update on covid-19 in neighboring Pacific locations to include Fiji which has reported 1,778 new cases and 25 deaths. The stark contrast with cases in French Polynesian (51), Guam (1), and Northern Marianas (2) can be attributed to the higher vaccination rates.

The final Saturday village vaccination outreach on July 24th yielded its best vaccination turnout with a total of 611 receiving either the Pfizer or Moderna shot at vaccination sites set up in Amouli, Utulei, DYWA Tafuna, Pavaiai, and Leone.

In terms of vaccination coverage, 58.9% have received at least one dose, 52.2% have been fully vaccinated, 19% have not received any shots yet, and 22.1% are ineligible to receive. Village by village vaccination rates continue to show steady improvements from May 28th until the present with the majority of villages reporting below 50% with at least one shot located on the eastern side of the island.

A total of 244 travelers are to depart Honolulu for Pago Pago for the 8th repatriation flight Thursday July 29th. Previous Task Force updates report that despite nearly 350 travelers originally confirmed for Repat 8.0, 207 dropped out, and 19 were no shows. Such occurrences were common throughout the repatriation program and led to back-up travelers being notified on short notice to fill the flights. The flight also includes dialysis patients and service animals. 149 travelers are fully vaccinated, 95 are either partial or unvaccinated, and 7 opted to receive vaccination while in quarantine.

Several outbound only Medicaid flights are still confirmed for both August 5th and August 12th and the focus of the Task Force meetings was centered on finalizing preparations for the tentatively scheduled August 26th flight.