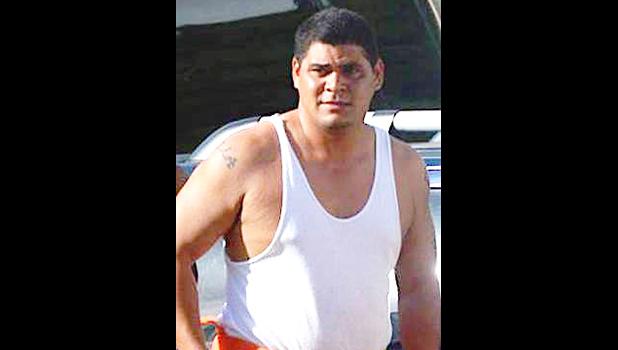 Pago Pago, AMERICAN SAMOA — Day three of the case against Thomas Siaumau saw the government call only one witness to the stand — DPS evidence custodian, Officer Zenophia Jennings, who has been on the police force for over 15 years, with four of them as Evidence Custodian.

The focus of day three was the handling of evidence in the case, by DPS, its chain of custody, including the manner in which certain evidence was sent off-island for testing and its return.

Off. Jennings took the stand at 9:00am, and it took the whole morning for the government attorney to question their witness.

According to Jennings, all of the evidence collected in Siaumau’s case was kept inside the evidence room at the Central Police Station in Fagatogo.

And she told jurors, “One of my primary duties is to safeguard all of the evidence, and to make sure it is ready for trial whenever it’s needed by the government’s attorney.”

She also said she has the key to the evidence room, and she is the only person who can access the room, which is kept locked at all times.

Evidence or items sent off island for testing included live ammunition, empty bullet shells (9mm and 7.26mm), a gun magazine or a clip, mainly for a rifle, and empty beer cans.

When asked how the evidence was sent to the HPD, Jennings stated that due to new rules by the U.S Post Office, the box containing live ammunition and empty bullet shells was not allowed through the postal mail. So, the HPD agreed that a police officer could travel from Pago Pago to Honolulu to take the box to their headquarters.

It was July of 2018 when evidence were sent to the Honolulu Police Department (HPD) for testing, and she received all of it back on Oct. 26, 2018.

Jennings identified the evidence of the case marked as exhibits in the court.

Cross-examination by the defense began when the court reconvened at 1:00pm.

Defense attorney Richard deSaulles focused on Jennings’ training as an evidence custodian, as well as the chain of custody of the evidence, including how it was turned over to Jennings, and where in the DPS office this action took place.

Further, he asked, “Do you know if police treated the evidence from Siaumau’s case different to all other cases,” to which Jennings replied, “No”.

“What are they?” deSaulles asked.

Jennings said, “There were also beers cans collected from the crime scene. Some were not open, while some were empty cans.”

“Where are those beer cans today?” deSaulles asked. Jennings said they were also sent off island to the HPD for testing.

“Did you ever receive those beer cans back from the HPD?” deSaulles asked.

Before the witness could respond, the government’s attorney objected, and Associate Justice Fiti Sunia immediately called both attorneys to the bench for a brief conference.

Returning to their seats afterwards, the question of whether the witness received back from the HPD the beer cans that were sent off island for testing was never answer.

When asked on how the evidence in Siaumau’s case was handled when HPD returned it to American Samoa, Jennings repeated what she had told the government’s attorney — that she picked up the box containing all evidence from the FedEx and took it to the evidence room.