Deadline to obtain REAL ID is extended to May 2023 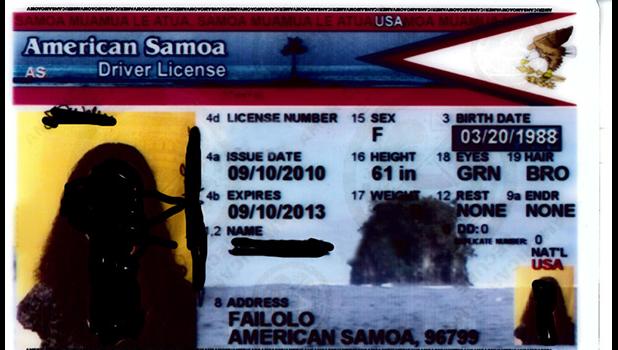 American Samoa not in compliance but “under review”
By
Samoa News staff
reporters@samoanews.com

Pago Pago, AMERICAN SAMOA — American Samoa has until May 3, 2023 to comply with the federal REAL ID Act, after US Secretary of Homeland Security (USDHS), Alejandro N. Mayorkas announced on Tuesday the extension deadline for all states and territories as well as Washington D.C.

Extending the REAL ID full enforcement date by 19 months, from Oct. 1, 2021 to May 3, 2023, is due to circumstances resulting from the ongoing COVID-19 pandemic, according to a national news release from USDHS.

It also says that pandemic has significantly impacted states’ ability to issue REAL ID-compliant driver’s licenses and identification cards, with many driver’s licensing agencies still operating at limited capacity. DHS will publish an interim final rule in the coming days to effectuate this enforcement date change.

It also says that all 50 U.S. states, the District of Columbia, and four of five U.S. territories covered by the REAL ID Act and related regulations are now compliant with REAL ID security standards and are issuing REAL ID-compliant driver’s licenses and identification cards.

American Samoa is the only jurisdiction not in compliance but “under review”, according to federal online REAL ID Act records.

In October 2018, then Gov. Lolo Matalasi Moliga signed into law, legislation submitted by his Administration, amending local law by creating the American Samoa REAL ID Act, which complies with the federal REAL ID Act that has been in place for more than a decade.

The new law provides major changes to the current statute for issuing driver’s licenses, and a new provision that would allow a “driving privilege card” to be issued. It also transfers issuance of American Samoa identification cards from the Office of Vital Statistics to Public Safety Department’s Office of Motor Vehicles, through the Police Commissioner.