DoH: Repatriation doesn’t mean “swing over” to Pago for a vacay 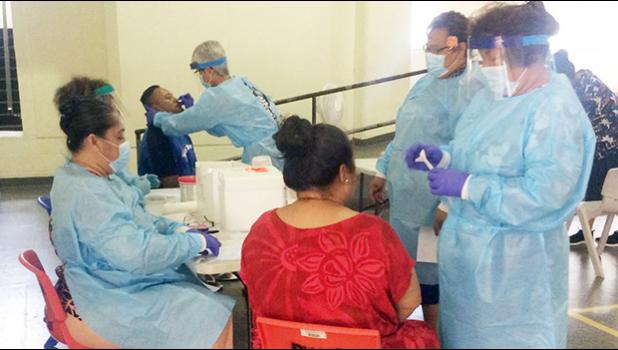 Pago Pago, AMERICAN SAMOA — The Health Department on Monday issued a public notice explaining “repatriation” as some people from Samoa appear to want to travel to American Samoa for vacations and other purposes.

“Repatriation means to return someone to his/ her own country, to return to their home,” said DoH, who asked the public to help spread this explanation, “as some people have the misunderstanding that the flights presently happening between American Samoa and Samoa are for those who also swing over [from Apia] for a couple of days to shop for goods, renew an ID, sign a check, or do a short visit with their families then return. That is not repatriation.”

DoH further explained that if there are travelers coming to Pago Pago with the intention of returning to Samoa in a couple of days, “please be informed that you will NOT be able to return. We advise you to reconsider your travel plans.”

“If you have relatives who are planning to come and go, please advise them this is NOT the time for such plans. Let’s stay safe,” said DoH who urged all to adhere to Gov. Lolo Matalasi Moliga’s and the ASG COVID-19 task force’s plans for repatriation.

First phase of the repatriation plan, returning local residents stranded in Samoa for two months, was carried out last week, on June 16 to June 19th with all travelers required — to among other things — undergo mandatory coronavirus testing as well as quarantine at the Department of Youth and Women’s Affairs building Pago Pago.

DoH staff is on duty 24/7 as well as police at DYWA, and DoH has reiterated that local residents cannot have any physical contact with their family members being quarantined.

Meanwhile Hawaii state health authorities report four (4) new COVID-19 cases as of Monday afternoon this week, bringing the total to 816 cases while deaths remain at 17, according to the state’s online records.

As previously reported by Samoa News, the spike in the number of cases in Hawaii as well as the US west coast states has prompted the governor to request, and Hawaiian Airlines has again agreed, to suspend flights between Honolulu and Pago Pago until July 31st.

However, there are mounting calls for the Lolo Administration to charter a flight to repatriate American Samoans including military veterans stuck in Honolulu after Hawaiian Airlines flights were suspended in late March this year.

There have also been requests to allow a military veteran, who passed away in Hawai’i, to return home to be laid to rest. He did not die of COVID-19.