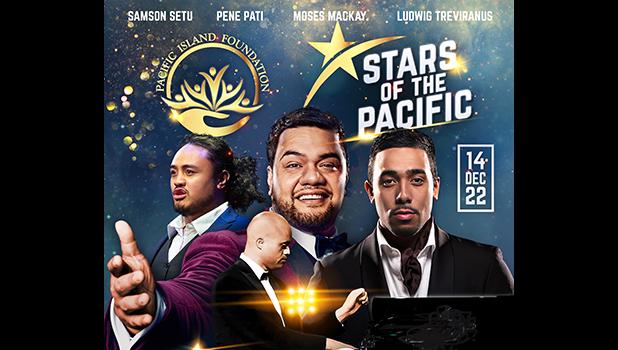 Pago Pago, AMERICAN SAMOA — The Pacific Island Foundation (PIF), a nonprofit organization, is bringing opera stars to the territory for the first time, as part of their outreach activities, they have planned with the local schools.

“This December, Pacific Island Foundation (PIF) will be bringing in three global Samoan opera singers and a classically trained Samoan Ph.D. pianist to conduct outreach activities in the local government schools, with the goal of inspiring and empowering our kids to have dreams and to follow them,” said Ethan Lake President of the Pacific Island Foundation in response to our questions.

He told Samoa News, their hope is to do this by exposing the youth to the world of classical music and opera.

“The outreach program will entail the artists sharing their stories, challenges and successes with the youth and to share their voices and talents with them as well.

“In addition to bringing these four amazing classical artists to the territory, we are also planning on bringing a large group of other Samoan performers and artists from Samoa, including the Samoa National Orchestra, to help with the outreach activities and to eventually culminate into ‘one night only’ Opera Gala concert event for the community on December 14th.

“All together we are bringing in over 40 performers and artists for the event,” he said.

According to Lake, this is a one-night-only event for the stars and artists to share their talents with the community, but also to help raise funds to cover the costs of bringing all these talented artists from all over to the territory.

“It takes a lot of logistics and funds to put on a show of this caliber and magnitude.  “We have about a three-hour program planned, which includes the main stars singing opera, Samoan Songs, and Christmas numbers.

“There will be numbers with the Samoa National Orchestra, artistic and cultural dance performances as well as other surprises. It will be a historic red carpet event,” Lake stated.

He said this is something they have been wanting to do for years.

“Initially it was planned for them to be here sooner but COVID happened.

“If we do happen to raise any funds beyond the cost of making this all possible, it would be going into our many local programs which include free youth programs and charity donation programs.

According to the PIF’s official Facebook page, the opera Performance in American Samoa will be a Gala Charity Event on Wednesday, Dec. 14, 2022.

The incredibly talented Opera/ Classical performers Pene Pati, Moses McKay, Ludwig Treviranus, and Samson Setu will spend their time with the local youth to increase awareness and instill the arts of opera/ classical music due to the limited exposure in this art form among our Samoan youth.

“We will provide seminars/ workshops in learning and engaging with our youth in this type of art form, especially empowering and inspiring our Samoan youth to achieve their goals and dreams.

“They will share their stories about their extraordinary journey and the adversities they had to overcome in their field of Opera/classical on the international stage as Samoan Pacific Islanders,” Lake noted.

Among the opera singers that will perform is Samoan tenor Pene Pati, who won the International Opera Awards 2022 Reader's Choice Award Winner this month.

Mr Pati was hailed as “the most exceptional tenor discovery of the last decade” (Opéra-Online) after his early debuts as ll Duca di Mantova (Rigoletto) at San Francisco Opera under Nicola Luisotti and Percy (Anna Bolena) at Opéra National de Bordeaux under Paul Daniel.

According to his website, now an exclusive recording artist for Warner Classics, Pati’s self-titled debut album of Italian and French arias, recorded with Orchestre National Bordeaux Aquitaine and Emmanuel Villaume, was released in 2022 to a string of five-star reviews and earned him the Opus Klassik 2022 Newcomer of the Year Award.

His performances continue including a debut at Gran Teatre del Liceu, and his season closes with his first Rodolfo in Puccini’s La bohème at Théâtre des Champs-Elysées under Lorenzo Viotti.

Since 2012, Mr Pati has enjoyed huge commercial success as part of Sol3 Mio, a popular trio formed together with his tenor brother and baritone cousin.

Their first album, released on Decca Classics, achieved 8x platinum sales in New Zealand and they continue to perform concerts together at sold-out stadiums whenever solo schedules permit.

According to Mr Lake, the PIF is a Youth and Young Adult-Centered Empowerment Non-Profit 501(c)(3) Organization.

“Our central commitment is to empower the youth and young adults for constructive engagement and empowerment for a sustainable future through STEAMS (Science, Technology Engineering, Arts and Mathematics, Sports) programs and collaborative partnership for the development of the youth.

“With your support in our Opera Charity Event we will continue to empower our youth with our programs,” Mr Lake concluded.