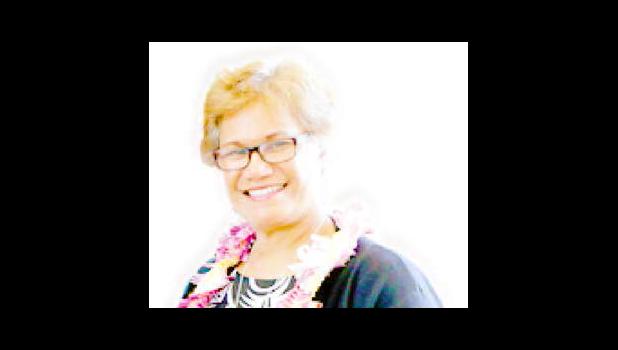 Pago Pago, AMERICAN SAMOA — Dr. Lina Galea’i-Scanlan, the former Vice President of Administration and Finance at the American Samoa Community College has accepted the appointment as the next principal of Fa’asao Marist High.

“Catholic Education welcomes this senior educator in American Samoa. She brings with her a vast experience of 38 years teaching and school management through High School and College levels,” said Bishop Brown. “We are delighted to have Dr Scanlan as leader in our education team, providing quality education to our students.

Before retiring in summer of last year, Dr. Galeai-Scanlan served as executive advisor to the ASCC President beginning in June 2019. She also served as vice president of administration and finance from February 2017 to June 2019 and also as vice president of academics and student affairs from August 2016 to June 2019. She was also director/dean of teacher education and she joined ASCC in 2006, according to her education resume.

“I am a highly skilled teacher in the areas of reading, wiring and language and literature,” she said in her resume. “I have taught from Kindergarten to Doctoral level courses during my 38 years of teaching and administration.”

She served as director of Catholic Education during the tenure of the now retired Bishop John Quinn Weitzel.

Her Doctorate is from Capella University, she has a Masters degree from the University of San Francisco, a Masters of Education from University of Hawaii and a Bachelor’s from St Mary’s College Brentwood, California.

She replaces Lentoy Matagi who resigned for medical reasons.