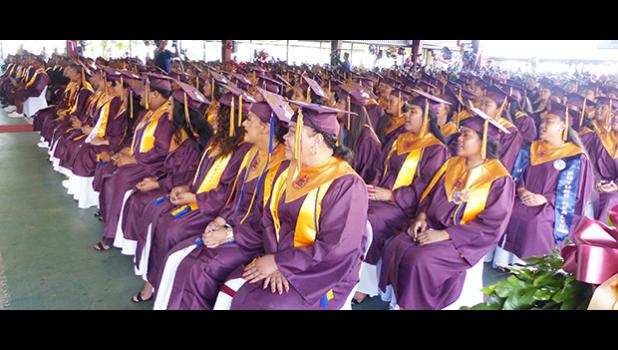 “I am here... to tell you that ‘Nothing worthwhile in this world comes easy’,” Tuiasosopo told the graduates. “You have to work hard for it. You will fail, if you haven’t already, and you will learn from those mistakes and that of others. And you will NOT quit.”

THS graduating classes continue to be the largest on island each year, as well as marking up the most students for Top of the Class Awards.