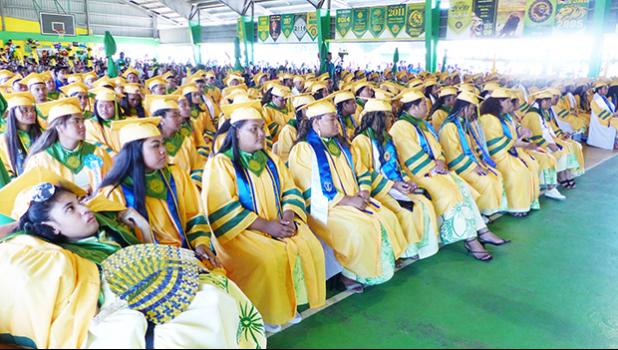 Helen in a brief bio printed in the graduation program states in part — throughout her time at Leone High School, she has excelled in numerous subjects, while also making time for extracurricular activities, such as Close-Up, JSA, Student Council and most notably the National Honor Society Taumafai Chapter. Helen plans to further her education at an institution of higher learning, where she can pursue majors in mechanical and aeronautical engineering.

Apollonia’s bio states in part that she has excelled in all subjects, especially in Math for all four years of high school. With education being an important part of her life, she plans to start college at the ASCC and hopes to pursue a major in accounting and civil engineering.